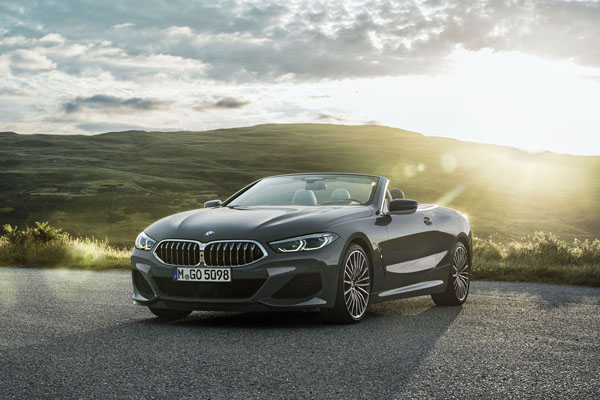 The BMW 8 Series Convertible won’t be in Australia till the middle of 2019 but already it appeals to us because it has a classic soft-top roof.

Folding hardtops makes sense but the trouble is that with the roof closed – which let’s face it is most of the time – they look like a hardtop coupe not a convertible.

Styling is stunning, with large wide-spread kidney grilles interlocking, though not touching, the headlights and a rear end with wide very-Bimmer lights and large exhaust outlets. Top down or top up it looks sleek and purposeful.

BMW 8 Series Convertible has a wind deflector which can be set up in the rear-seat area to prevent unwanted air turbulence when driving with the top down. It becomes a two seater with the defector in place, but we have no problem with that.

Optional neck warmers integrated into the front-seat head restraints further improve your chances of getting that top down in winter.

Both engines are mated to an eight-speed Steptronic Sport transmission and BMW xDrive all-wheel-drive system. We are assured it has, “an appreciably rear-wheel bias”, which is great news. Dynamic performance is further enhanced by the M Sport differential.

BMW suggests the M850i Convertible will run the zero to 100 sprint in just under four seconds, with the turbo-diesel in the low fives.

The big new German Convertible comes as standard with the BMW Live Cockpit Professional. This includes navigation and multimedia systems. Two separate binnacles see a high-resolution instrument cluster behind the steering wheel with a screen diagonal of 12.3 inches, as well as a Control Display measuring 10.25 inches across.

Safety is provided by a rollover protection system, which consists of two protective aluminium bars fitted out of sight behind the rear-seat head restraints. If the car sense it is likely to roll over, the bars are raised by a pyrotechnic charge in a fraction of a second. 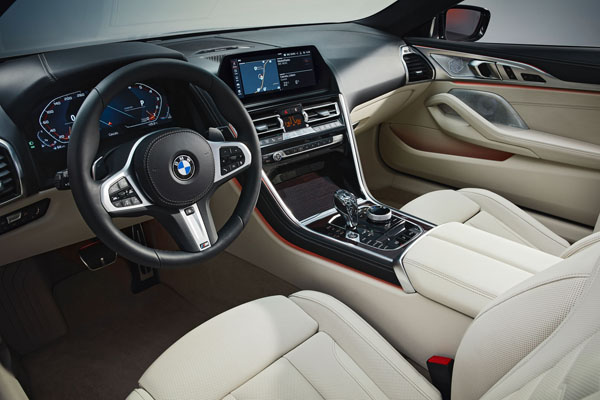 NOTE: This information comes from BMW’s press office in Germany and may differ slightly from what comes to Australia.