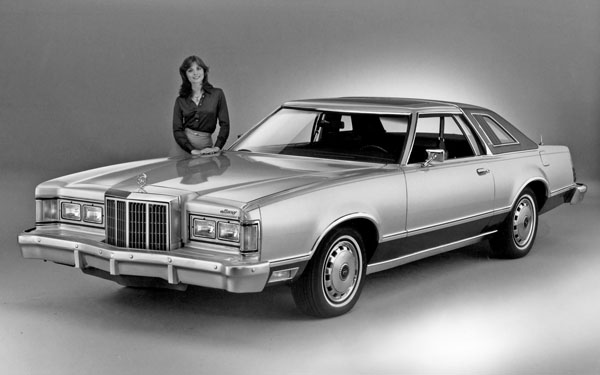 The Mercury Cougar was produced in the United States from 1967 to 1972 by the premium market division of Ford, Lincoln Mercury. In keeping with its policy of marketing more expensive versions of Ford’s best sellers the Mercury Cougar was positioned as a Ford Mustang variant in the Lincoln Mercury range. In spite of this it was never allowed to impact on the Luxurious T-Bird which Ford had released earlier.

Under its skin it was almost identical to the Mustang except for its slightly longer – 282cm – wheelbase but externally both cars were quite different. Whilst retaining the long bonnet and short rear end appearance of the Mustang, the Cougar had sleek, smooth styling with concealed headlights in its one-piece unibody construction. Independent front suspension by coil springs and wishbones with a rear suspension comprising semi-elliptic leaf springs differed from the Mustang’s to give a softer ride, and extra sound insulation kept the engine noise from entering the interior.

The standard engine used in the Cougar was a 4735cc V8 OHV type with a 90-degree Y-block developing 149kW. More powerful versions of this engine with capacities ranging from 6390cc to 7013cc and developing power outputs from 224 to 291kW were offered in various packages. Some of these had revised suspensions, wide tyres and wheels and power brakes.

Even though these optioned Cougars weighed more with a consequent effect on overall performance the Cougar was considered a pleasant car to drive in whatever variant was being tested. The best of these performance packages produced the XR-7, introduced as a competitor to the European imports of the time. Even though the Cougar had its own performance options many of those specially made for the Mustang could also be fitted to the Cougar.

When equipped with the factory-installed Handling Package which comprised high-rate springs, heavy duty shock absorbers, large-diameter sway-bar, fast rate steering and wide tyres and wheels the Cougar was said to perform extremely well but in 1968 the introduction of compulsory emission controls had a strong impact on the market. Despite a major facelift for 1970, Cougar was competing in a declining market. Within another year or so it had vanished altogether, and the phenomenon of the muscle car was just a memory.