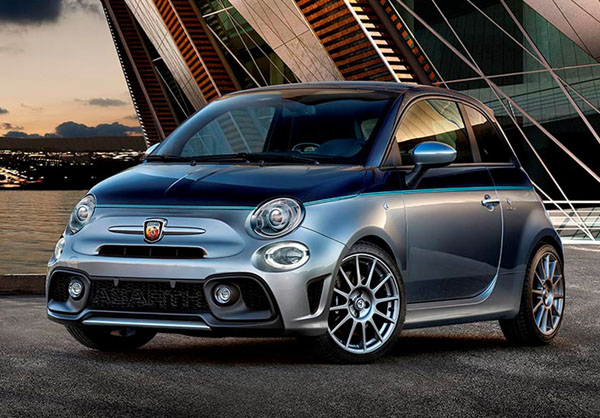 Abarth Australia has announced it will import just 35 units of its 695 Rivale Special Edition models to this country. These are in celebration of the heritage of the Riva Yachts, prestige boats famed for their opulence, performance and sophistication.

Available in both hatch and cabriolet versions, the Rivale Edition features a two-tone exterior finish of Riva Blue & Tributo Ferrari Grey, reminiscent of Lake Iseo, where the Riva brand began.

The Rivale Special Edition is based on the current Abarth 595 Competizione. Visually it stands out by having satin chrome front dam, rear bumper insert and on the rear three-quarter panels. There are Rivale badges on bootlid and rearguards. It rides on 17-inch Super Sport Grey alloys

Inside are blue leather seats and a wood finished dashboard with a colour splash on the instrument cluster when the engine is started.

Power comes from the Abarth 595 Competizione 180hp (132 kW) 1.4-litre four-cylinder Turbo T-Jet engine. Those with a five-speed manual gearbox have a mechanical limited slip differential that was previously seen only in the Abarth 695 Biposto. 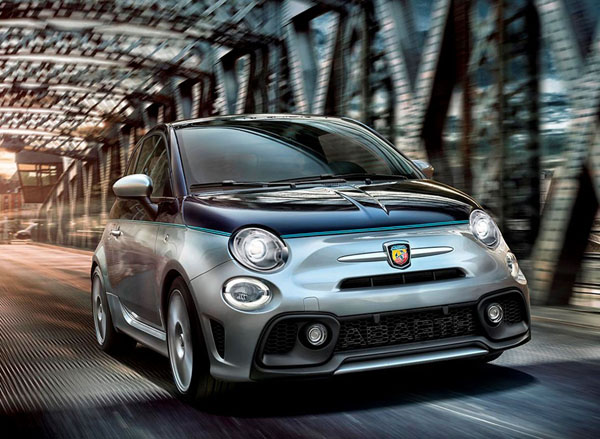 It will also be offered with a five-speed automated-manual gearbox, though it doesn’t get the slippery-diff.

We’re delighted to bring this exclusive design to the Australian market,” said Fulvio Antonelli, the head of Abarth in Australia.

“The Riva lifestyle complements that of an Abarth owner with exceptional refinement and power, coupled with unique Italian Artisan design, and a passionate heritage.”
Abarth 695 Rivale Special Edition is available to order now but aren’t expected off the boat until March 2019.