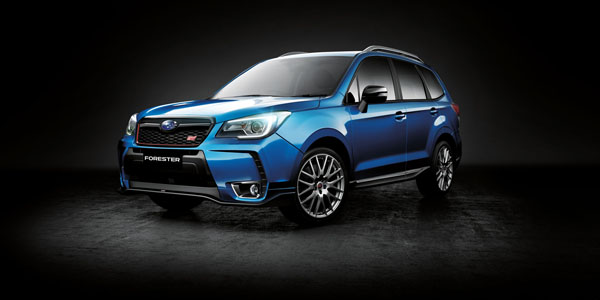 Subaru was one of the earliest Japanese carmakers to tackle the Australian market, with imports dating back to 1973. It did moderately well in the sales race in its initial years – then took off at breakneck speed with the introduction of the high-performance WRX in1994.

The WRX’s stunning combination of turbocharged power and the road grip offered by all-wheel-drive grabbed the imagination of keen Aussie drivers and it’s no surprise that other hot models followed, including some based on the Subaru Forester SUV.

We initially drove a Forester tS on a closed road circuit near Mount Fuji in Japan late last year, now we have spent an excellent week behind the wheel of a tS in our home area in south east Queensland.

Some 22 changes are made to the standard Forester XT Premium as it moves along the assembly line. It’s then transported to the STI (Subaru Technica International) high-performance division where a further 28 items are installed. We are told that technically the tS isn’t an STI model and will bow to Subaru on that, however, it looks pretty close to our eyes!

Despite the use of a chequered flag on the tS badge, this Forester is aimed more at the grand touring (GT) market rather than those looking for a track day machine. Though knowing Subaru lovers we would not be surprised to see some make their way trackside.

STYLING
Other than the standout black grille and deep STI spoiler body changes are relatively subtle. It may surprise some that there’s no bonnet scoop, but Subaru Australia explains that this isn’t a hotrod wagon. 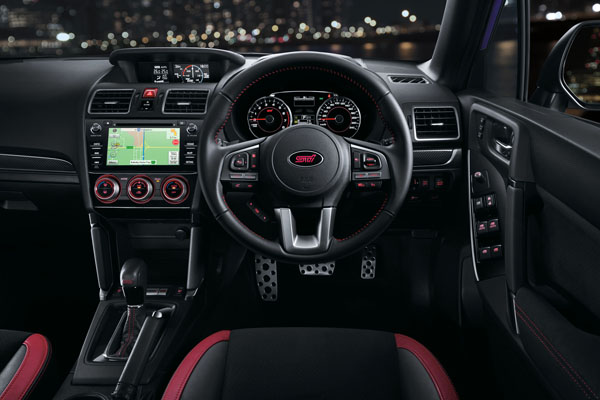 It’s interesting to see that Subaru has gone trendy in using a lower-case initial for the model name. The tS sort of stands for ‘tough Speedy’.

Unlike the Forester XT Premium on which it is based the tS doesn’t have a sunroof.

All Australian Forester tS Special Editions use Subaru’s continuously variable transmission (CVT) with manual overrides. No six-speed manual transmissions will be imported, though there has to be the possibility of some grey imports being sneaked in somewhere down the track. 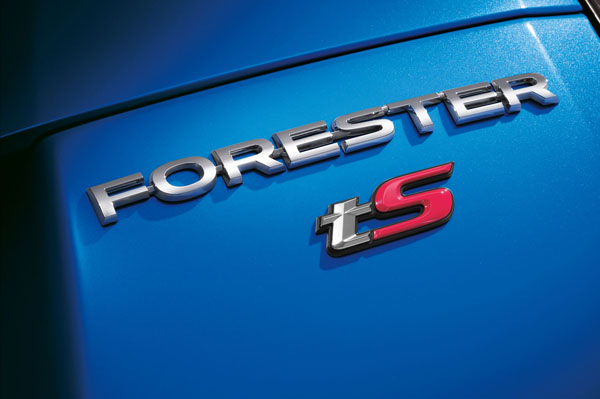 SAFETY
Given Subaru Australia’s longterm emphasis on safety it comes as no surprise that the Forester XT range has been given a five-star rating by ANCAP.

DRIVING
Our on-road driving of the Forester tS was done on one of our favourite road programs in the hinterland behind the Gold Coast. With bumps, cracked surfaces and broken edges it’s similar to many country roads in the coastal regions of Australia. Despite everything the roads through at the tS is breezed through the tests.

Forester tS has handling that’s competent for a tuned SUV, though you wouldn’t call it a sports wagon. It has precise turn-in and good feedback through the steering wheel.

Brembo brakes, four-pot front and two-pot rear have immense stopping power. See our previous comments about the possibility of some keen Forester tS taking their machines onto track days.

The 45 per cent profile looks good and doesn’t destroy ride comfort the way lower-profile tyres can do. As a result comfort is pretty good. The front seats support well, the rear seat has plenty of legroom and four adults can all ride in stretch out comfort. There’s space in the rear for three kids up to their early-teen years.

SUMMING UP
Three colours are imported, WR Blue, White and Black. Ours was a black one and we suspect the WR Blues have already been snapped up on pre-orders. Only 300 Forester tS Special Editions were allocated to Australia and they are running out fast.