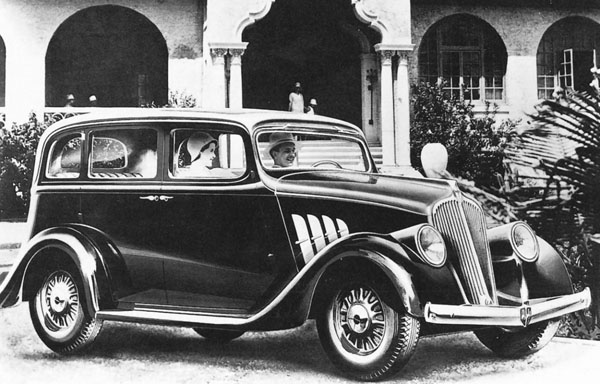 In the early motoring times the Willys brand had a chequered history. In the later years the company, Willys-Overland Motors was best known for its design and production of military Jeeps.

Willys history started in 1908 when John North Willys bought the Overland Automotive Division of Standard Wheel Company in 1912 and renamed it Willys-Overland. From 1912 to 1918, Willys was the second largest producer of automobiles in the United States after Ford.

By 1913 Willys had acquired a license to build the Charles Knight’s sleeve-valve engine which it used in those cars, generally four- and six-cylinder models, carrying the Willys-Knight badge. In the following years Willys acquired a number of businesses in an effort to expand its interests. Willys-Knight enjoyed a production run average of 50,000 cars per year after 1922. Willys also purchased Stearns-Knight of Cleveland Ohio which also used a sleeve-valve Knight Engine, making that marque the crown jewel in his growing automotive empire.

A recession in 1920 caused a major problem in the company’s finances. As a result its bankers hired Walter Chrysler to sort out the mess and rearrange production to restore the company’s financial health. Chrysler appointed three auto engineers to begin work on a new car, the Chrysler Six.

To raise the cash and pay off Willy’s debts much of Willys Corporation’s assets were sold and the remaining plant would modify the Chrysler Six as the 1923 Flint. A point of interest is that Walter Chrysler then moved to Maxwell-Chambers where in January 1924 he launched his own version of the six-cylinder Chrysler and in 1925 the Maxwell car company became the Chrysler Corporation.

With the stock market crash of 1929 a number of Willy’s brands began to falter. The Whippet marque of small cars introduced in 1926 was discontinued in 1931 and the Willys-Knight production ended in November 1932 when the company, in receivership, stopped building higher-priced cars, and instead focused on the manufacture of the inexpensive but durable Willys 77. Since they had sold off many of their production factories they had to lease some of them back so they could ride out the storm.

The Willys 77 had a front mounted four-cylinder engine driving the rear wheels. This engine had a displacement of 2.2-litres with two valves per cylinder. Engine power was rated at 35.8kW at 3,200rpm. Engine bore was 79.4mm with a 111.1mm stroke.