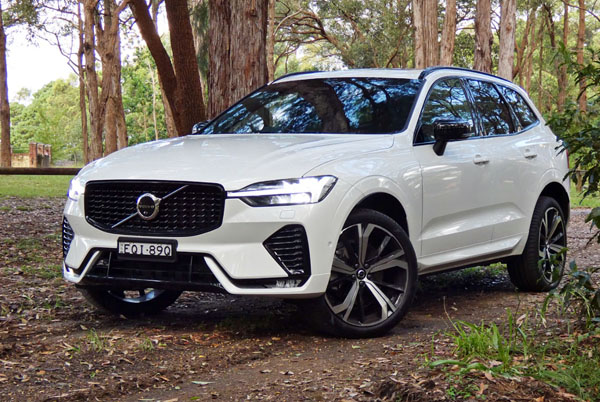 We’ve always thought of the XC60 as the Goldilocks of the Volvo SUV range, not too big
and not too small — just the right size.

The mid-sized XC60 has been part of the lineup since 2008, with the second and latest
generation of the five-seater arriving in 2017. It’s now available only in hybrid form.

It’s available in four grades – B5 Momentum, B5 Inscription, B6 R-Design and the
Recharge PHEV.

The first three are equipped with a mild, self-charging hybrid system in two states of tune,
while the latter offers a full, plug-in hybrid setup with an electric only range of 81km.

STYLING
A lot has changed and much remains the same since we last drove a XC60 three years
ago. Love the lights and the B6 R-Design gets a different sportier front bumper. 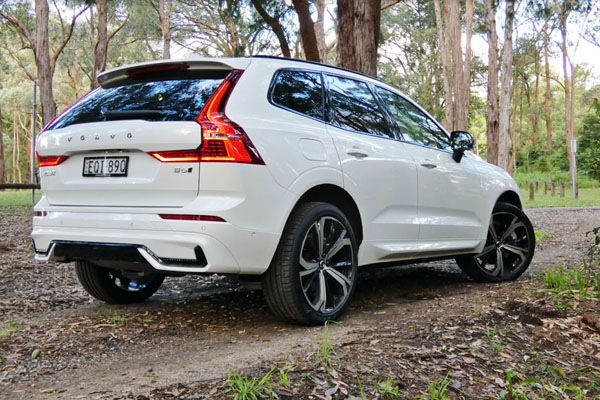 INFOTAINMENT
Not much is known about the standard ‘High Performance’ audio system, apart from the
fact it has 10 speakers, DAB+ digital radio and some form of noise cancelling.

Then there’s a $4100 Bowers & Wilkins system with 1100 watts and 15 speakers,
including a really cool dash-mounted centre tweeter.

Four room modes including ‘Concert hall’ and ‘Jazz club’ allow you to recreate the
acoustics of a specific room inside the car.

Apart from the move to electrification, the big news with the latest XC60 is the move to
Google’s Android Automotive operating system. 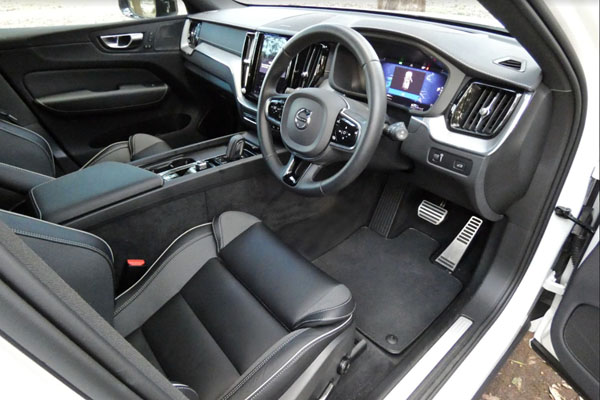 In contrast to Android Auto, Android Automotive is a full operating system, like IOS or
Windows 10 — built right into the car and not reliant on a smartphone.

The XC60 offers similar functionality to your Android phone, with Google apps and
services built in, and access to more apps through Google Play — just like your phone,
tablet, Chromebook (or even the TV in your lounge room).

Like your phone, it can be updated over the air which must be a huge relief for car makers,
left chasing their tales with rapid changes in technology and constant demand for map
updates.

A 9.0-inch touchscreen is mounted vertically in the centre of the dash, with Google Maps
to provide up to date maps and traffic data.

But the focus is on voice control. A “Hey, Google” lets drivers do things like control
temperature, set destination, play music and podcasts, as well as send messages — all
with their hands still on the wheel.

Apps are optimised and adapted for use in cars and more can be installed via Google
Play, but as yet the number available is limited.

You can still drive the car and use Google Assistant and Google Maps without a Google
Account, but if you’re offline or signed out some apps and features may not be available.

Google Play requires a logged in Google Account whereas Google Assistant and Google
Maps will not be as personalised in the signed-out experience.

To facilitate connectivity XC60 comes with its own SIM card, with free net access for four
years. After that, you will need to re-subscribe, but Volvo can’t or won’t tell us how much
extending this service will cost, not yet at least.

There’s also the question of navigation, because internet access can be an issue in
regional areas, although Google Maps now offers an offline mode (not tested).

Part of the Apple universe? It could also be an issue because there’s no Apple CarPlay.
iPhone users can create a Google account or connect their phone to the car via Bluetooth,
which permits use of the car’s speakers for voice calls or sending text messages through
Google Assistant.

ENGINES / TRANSMISSIONS
The 2.0-litre turbo-petrol is supplemented by an electric motor, produces 220kW of power
at 5400 rpm and 420Nm of torque from 2100-4800 rpm, with auto stop-start and drive
available to all four wheels via an eight-speed traditional auto.

DRIVING
Volvo is on a mission to electrify its fleet by 2030, with EVs earmarked to account for 50
per cent of sales by 2025.

It’s well on its way to achieving this goal and XC60 is part of that plan, with mild hybrid and
plug-in hybrid powertrains. There are no diesel and no full petrol options anymore.

Energy recovered during braking tops up the 0.4kWh battery pack.

The electric motor provides boost for the petrol engine off the mark, providing better
performance. Volvo calls it E-charger and it is designed to compensate for the lag normally
associated with turbocharged engines, before the turbo has time to spool up.

It can increase boost by supplementing exhaust energy to drive the compressor or act as a
gas-driven generator to turn exhaust energy into electricity that can be stored for later use.

We prefer the 8-speed torque converter auto in this car to twin-clutch setups that we’ve
driven. It’s smoother and more predictable, but lacks change paddles and a sport mode –
both used to be offered.

There are settings to firm up the steering and air suspension, as well as an off-road mode,
but the first two are fairly superfluous, because it feels okay in standard mode. Off road
maybe, but who is going to take one of these off road?

With five adults aboard and a short, steep section of road ahead, we can’t say the car
struggled — but it became quite noisy and was obviously working hard.

Volvo XC60 can tow a 2400kg braked load and comes with a space saver spare.

SUMMING UP
You could do a lot worse than the Volvo XC60. It looks flash, is a good size, has plenty of
punch and importantly doesn’t use much fuel — of course it’s very safe too.