When launched in Australia in late 2008 the Volvo XC60 was described by the Swedish company as being a cross between a coupe and an SUV. But we feel it’s a genuine SUV, certainly by the definition of SUVs today.

Keep in mind that the XC60 is designed for use on Swedish roads that are likely to be snow and ice covered for months at a time, particularly in the northern areas of that country. However, it’s also suited to tough Aussie bush conditions and obviously to snowfields in Australia.

Almost all had all-wheel-drive in the early days, but new models, usually the lower-cost introductory entry variants, have two-wheel drive (the front wheels). These are slightly lighter than the AWD units and modern anti-skid electronics will generally give them enough grip.

The midsize SUV’s styling is significantly bolder than anything offered by Volvo before. The front grille is big, stands tall and has a large Volvo ‘iron mark’ symbol in the centre. The wedge shape of the body as it tapers to the rear works well. The very-Volvo taillights make full use of the big ‘shoulders’ of the chunky wagon body.

Hindsight says XC60’s shape was the start of a new era for Volvo, which has returned to being a style leader after too many years in the boring-but-practical era.

Inside, there’s genuine space for four adults, and a fifth without too much hip and shoulder rubbing. The front seats are large and support reasonably well. Boot space is also good.

The XC60 is almost car-like in the way it handles bends. Naturally, you can feel that it has a higher centre of gravity than a car, but the levels of road grip are much higher than those likely to be attempted by most owners. 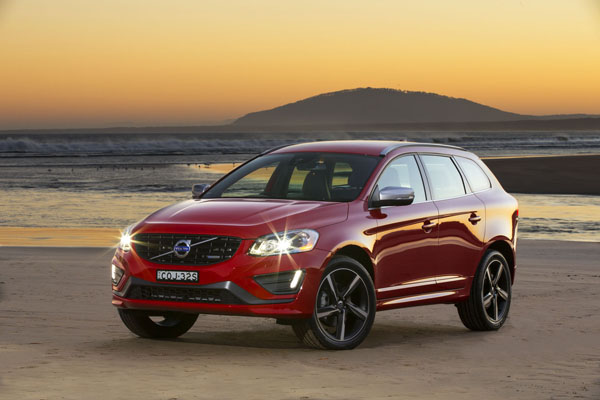 The 2017 Volvo XC60 is loaded with safety technology, both from passive (not crashing) and active (surviving a crash) point of view. Euro NCAP listed it as the safest car ever tested.

Other features were added over the years, some as part of updates, but others were extra cost options. A Volvo dealer can check on the safety features of an XC60 you’re considering and give information on it.

The 2013 model launched in August 2012 had some design changes, as well as an emphasis on safety: automatic headlight dipping, automatic wipers and the reading of speed limit and other roadside sign.

An interesting model is the XC60 R-Design, a semi-sporty model with firmer suspension, a body kit, colour changes and upgrades in the cabin trim. It’s well suited to those who like to reminisce about the days when Volvo station wagons dominated “supercar” racing in Australia. Yes, station wagons, I love the way the Swedes think, don’t you?

Volvo XC60 has a fascinating array of engines; four- five- and six-cylinder petrols that sit sideways across the front of the car, a turbo-petrol V6 and turbo-diesels.

A new design diesel powerplant was introduced in January 2010, it retained the same five-cylinder layout and 2.4-litre capacity as the previous unit, but was an all-new design with twin turbochargers rather than the single turbo of the previous engine. There are also four-cylinder diesels with capacities of 2.0 and 2.5 litres.

The Volvo XC60 Recharge is a plug-in hybrid that was launched in Australia midway through 2018. 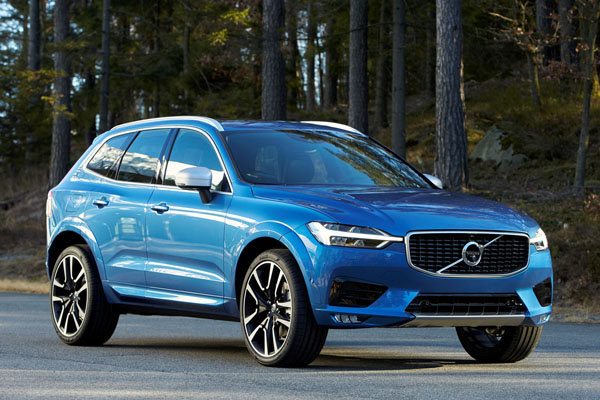 Volvo Cars is long established in Australia with a dealer network that covers all metropolitan areas as well as many major country centres.

Service, repair and parts costs for the XC60 are about average for a vehicle in this class and we have heard of no complaints about the availability of spares.

WHAT TO LOOK FOR
Look over the body for signs of damage or crash repairs. Check the interior, particularly the luggage area, for signs of scratches or tears.

Few XC60s are ever taken off-road but if you do come across one with scratches on the lower bumper corners and the door sills it may have been on outback tracks.

Similarly, sand underneath the Volvo or on the inner guards may have been it’s had a play on a beach.

Automatic transmissions should be smooth and all but imperceptible on their changes at low to moderate throttle openings. Some shift feel at big openings is acceptable, but too much may indicate problems.

An engine that hasn’t had its oil changed at the correct intervals may have sludge buildup in the sump. This issue is amplified if the owner uses cheap oil instead of that recommended by the factory.

Ideally servicing should have been done by an authorised Volvo dealer, however there are some quality specialists who understand the vehicle well as they may have worked with Volvo in the past.

CAR BUYING TIP
Want the safest possible used car? The later the model the better as updates are frequently being made.