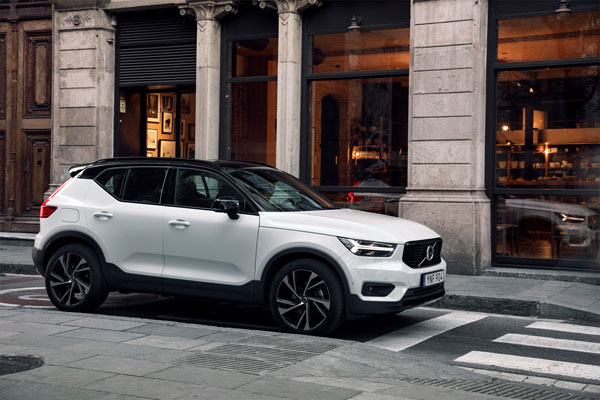 Volvo has executed a complete turnaround in the last couple of decades. Once regarded as having boring but very practical shapes and concentrating heavily on safety the Volvo XC40 is now very much a style leader.

Yet, despite its bold lines, the XC40 retains a solid degree of practicality. While it doesn’t have the van-like capacity of the much-loved square-tailed old Swedish wagons it still has decent carrying capacity.

If the XC40 isn’t big enough for you there are its big brothers, the XC60 and XC90. There are also high-riding standard Volvo station wagons, but let’s not get too far off the track.

As proof of what the experts think, the Volvo XC40 has been awarded European Car of the Year 2018.

At 1863mm wide and 1652mm high the new Volvo XC40 is larger than most of its competitors in what is rapidly becoming the most congested upmarket segment.

The Volvo XC40 is currently available in two variants – Momentum and the sporty and dynamic R-Design. Our test vehicle for the past week was a Volvo XC40 R-Design turbo-petrol.

STYLING
Volvo XC40 is quite simply one of the automotive world’s style leaders. From the upright grille, through the deeply sculpted lower sections of the doors and onto the striking rear pillars it’s different, without being outrageously so.

We love the fact that it can be bought in a number of two-tone paint themes. Hopefully this is the start of a new trend amongst all marques – it’s no secret that I’m really tired of the boring 500 shades of grey that are haunting our roads these days.

Inside, the Scandinavian theme is simple almost to the point of being minimalistic in the dashboard area. Coloured carpets and inserts in the doors can make a real statement – and their material is made largely from recycled plastic.

An all-wheel-drive system utilising an eight-speed automatic is standard in both.

INFOTAINMENT
We particularly like the portrait shape of the infotainment screen. This makes so much more sense that the skinny horizontal units that are all the rage at the moment. The big advantage of portrait is that you get a much further look ahead on the navigation screen. 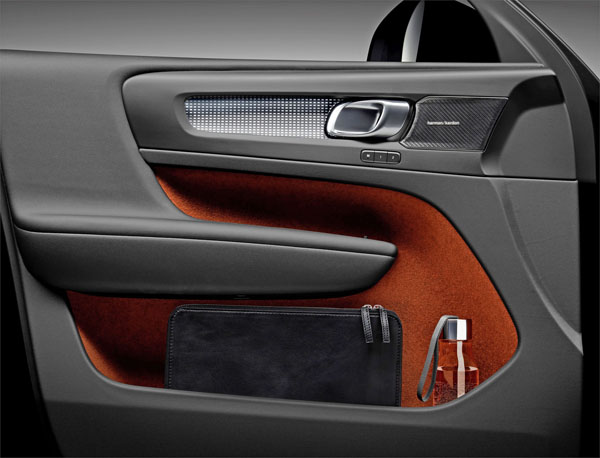 SAFETY
Volvo has been synonymous with safety for decades, back to the time when it introduced the three-point seat belt almost 60 years ago.

The company’s approach to safety has never faltered. To the extent that Volvo says that no-one will die or be seriously injured in a new Volvo from the year 2020 onwards. Frankly, I find this an impossible ideal, but will be delighted to be proven wrong. And 2020 is only 16 months away…

Several years back I spent a considerable of time in the huge Volvo safety facility in Sweden. We witnessed the scary crash of a large Volvo XC90 SUV into a Volvo convertible with a dummy child in a carseat – the child survived.

But back to the Volvo XC40. It uses the company’s philosophy that it calls Circle of Life: a constant improvement of standards and technologies, based on consumer insights and real life data.

Safety and driver assistance features offered on the XC40 include Volvo’s semiautonomous Pilot Assist system; the latest generation of City Safety; Run-off Road protection and mitigation; Cross Traffic Alert with automatic braking, These and other technologies make the XC40 one of the best equipped compact luxury SUVs.

DRIVING
The seats are large and comfortable in the front. Even in the rear I was able to sit ‘behind myself’ with room to spare, something that’s not common in this class. Three adults in the back is possible but there’s likely to be some shoulder and hip contact if they’re on the large side.

There is lots of storage space in the door pockets as Volvo deliberately avoided taking up space in this area with audio speakers.

There’s also stowage underneath the front seats. The cargo compartment has a volume of 460 litres when all seats are in use, and 1336 litres when the rear seats are folded fully flat.

Volvo’s new Clean Zone two-zone climate system removes harmful pollutants and particles from outside the cabin to deliver what Volvo calls, “Scandinavian-fresh air on the inside”.

The turbo-petrol engine in our test Volvo has minimal lag and was smooth in operation. There’s some noise under hard acceleration but it’s all but inaudible when cruising. The automatic transmission was almost invariably in the correct gear and it works well with the engine.

Fuel use was in the nine to eleven litres per hundred kilometres range around town, dropping to seven to eight litres on motorway driving.

Handling is excellent, with steering that almost seems to read your mind, undoubtedly one of the reasons why this Volvo SUV scored so highly in Car of the Year voting by journalists.

Rough roads didn’t faze the XC40 but created more tyre noise than we anticipated, probably because of the stylishly large tyres.

Comfort is impressively good for a compact SUV and long country trips are done in a most relaxing manner.

SUMMING UP
Stylish and enjoyable to drive, plenty of interior space, this new generation Volvo XC40 is beautifully fresh and a pleasure to live with.