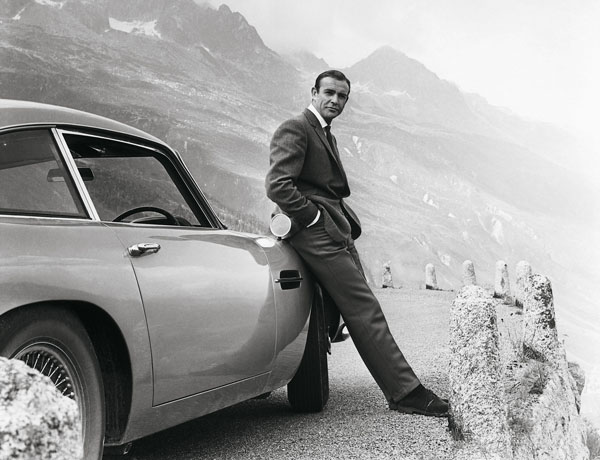 The most famous Aston Martin of all time, the DB5 driven by Sean Connery as James Bond, is back. This new DB5 is a close collaboration between Aston Martin and EON Productions, EON is the company that produces the James Bond films.

Just 25 Goldfinger DB5 ‘continuation editions’ will be built. These will be based on James Bond’s legendary car from 1964 and built by Aston Martin Works at Newport Pagnell, the original home of the DB5. These days AMW concentrates on restoring old Astons so is the ideal place to build these new ones.

Authenticity will even include functioning gadgets such as the famed revolving number plates. Other very special items are yet to be announced – perhaps these will include smoke bombs, machine guns and an ejection seat.

James Bond chases Xenia Onatopp through France, he in his Aston Martin DB5 and she in a Ferrari.

All of the continuation cars will be finished in Silver Birch paint – just like the original.

Each Goldfinger DB5 continuation car will be priced at £2.75m ($A4.8m) plus taxes. First deliveries to customers will commence in 2020.

Aston Martin advises, “Please note, this car is not road legal.” Oops! Perhaps I will have to get onto the phone and cancel my order…