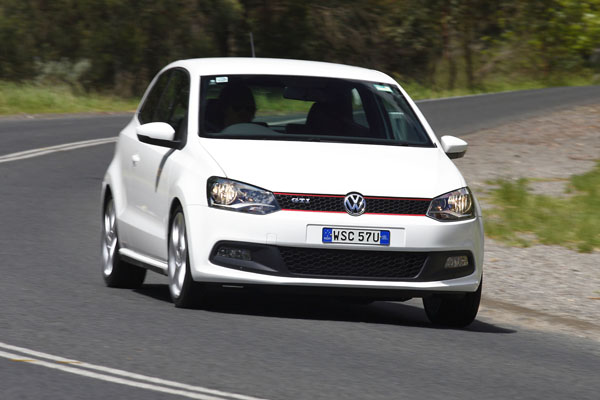 The Volkswagen Polo is a relatively small car that’s noticeably down in size from its big
brother Golf. It has the solid German feel and owners we have spoken say they feel safe
and secure. Just as importantly, they love the way they handle in a European manner.

Polo was a relatively slow seller in Australia prior to 2010 when a new model was
introduced in April of that year. Older Polos had been on the bland side in appearance, the
new 2010 one had a bit of oomph to its shape.

The 2010 Polo is a little larger than previous models so can be used as a family car if the
children are in their pre-teen years.

The seating position in front is quite high to provide for extra foot and legroom behind
them. If you’re not sure if you like the relatively high front seats ask the sales people if you
can take a longer than average test drive and see what you think and feel.

The interior is very Volkswagen in that it’s functional and the driver has neat layout that’s
easy to use and controls that fall readily to hand.

Though larger, the 2010 Polo was a little lighter than the model it superseded thanks to the
use of a combination of high strength materials.

Petrol engine capacities in the older standard models are four-cylinder 1.2 and 1.4 litres.
Performance from the smaller engine is better than you might expect due to the little VW’s
relatively light weight. But as part of the 2014 makeover the 1.4-litre was discontinued and
the 1.2 was offered in two different states of tune depending on the model. 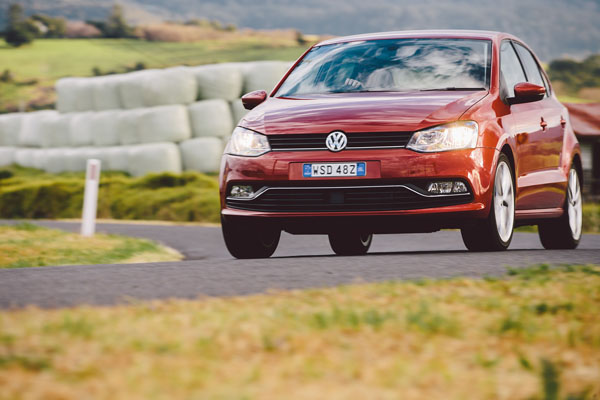 A virtually all-new Polo was launched in March 2018. It followed a similar shape to its
immediate predecessor. It has an interesting new engine, a 1.3-litre three-cylinder turbo-
petrol that’s a perky little unit that loved to rev and has a nice sound.

The 1.6-litre turbo-diesel from 2010 onwards is a much better unit than the old-style 1.9-
litre in previous Polos. Diesels in the small car class in Australia have never been popular
and the turbo-diesel was discontinued as part of the 2014 facelift.

The sporty Polo GTI is worth looking at as it’s modestly priced for its type. The GTI
launched in November 2010 had 132 kW from VW’s fascinating 1.4-litre TwinCharger
(supercharged and turbocharged) engine was installed. This engine was superseded in
2016 by a conventional turbo-petrol unit producing up to 141 kW.

Firmer suspension and added precision through the steering means the GTI provides
driving enjoyment at a very modest price.

The 2016 GTI has the usual subtle red touches to the body – and the not-so-subtle tartan
seats. Unlike previous Polo GTi variants that only had three doors, it was offered with
three and five doors.

VW dealers are major metropolitan areas, however an increasing number are being set up
in country cities as well as large towns in the bush. 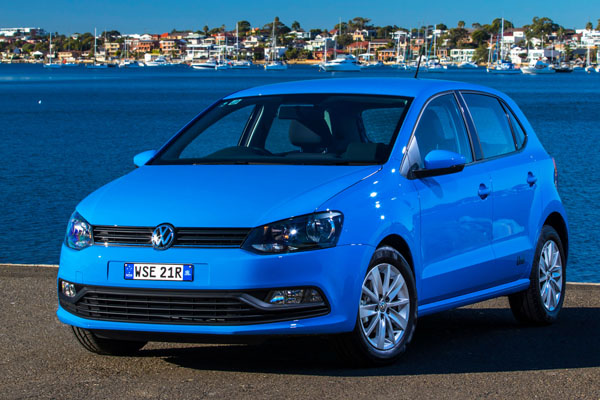 Service and repairs are moderate in price, though they can be higher than for Japanese
and Korean cars. We have heard of no real complaints about the cost or availability of
spare parts.

A good amateur mechanic should be able to do a fair bit of their own work as the Polo has
a simple mechanical layout. In a car of this size the underbonnet area is quite crowded.
Have a repair manual at your side, and keep well clear of repairs that could affect the car’s
safety.

Insurance costs are about average for a car in this European class, but you are likely to be
charged extra to cover the Polo GTi, especially if you have a poor insurance history and /
or are a younger driver.

WHAT TO LOOK FOR
Look for a full-service record from a Volkswagen specialist.

Look over the body carefully for any dings or scratches because Polos are often used as
city and near-city cars and can suffer lots of minor damage.

Examine the wheels for damage caused by hitting kerbs. The front-left is often the first to
suffer.

Ensure the engine starts quickly and idles reasonably smoothly immediately it fires up.
Diesels will be slower to start than petrols.

Manual gearboxes should be light and easy with no crunching when you shift down
quickly. The clutch should be smooth and predictable in its operation

Be sure that all electrical items work correctly, particularly the infotainment system. Using
the owner’s manual is the best way to check you’ve tried it all.

CAR BUYING TIP
When you think about what to buy vehicle take your time to work out what you will need
and what prices are being asked. Prices can vary from depending on demand and even on
the current financial state of the economy.