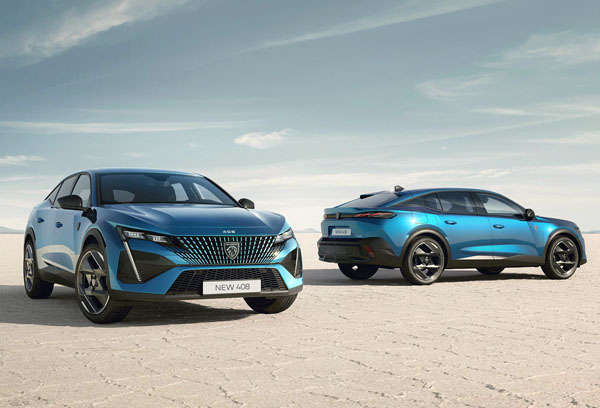 The upcoming next generation of the Peugeot 408 has feline stance with lines that are
sharp, the grille is the same colour as the bodywork to blend in with the front end.

It’s the first model to have the new Peugeot emblem with the head of a lion. The inverted
cut-out of the rear bumper is aimed at giving the profile a strong look.

With a length of 4.69m and a wheelbase of 2.79m, according to Peugeot the latest 408,
“has a remarkably spacious second row, with 188mm of legroom.” This is something we
will comment on when we carry out a full road test review of the car when it reaches us in
Australia – which won’t be until early 2223.

Using six cameras and nine radars, the driver assistance systems include: Adaptive Cruise
Control with Stop and Go function. Night Vision, which warns of animals, pedestrians or
cyclists ahead before they appear in the high beam. Long-range blind spot monitoring (75
metres) and Rear Traffic Alert, which warns of a potential hazard when reversing

The range of engines powering the Peugeot 408 includes two rechargeable hybrid
versions with 180 and 225bhp, and a 130bhp 1.2-litre PureTech three-cylinder petrol
version. All are paired with an eight-speed automatic transmission.

An all-electric version will follow a few months later. 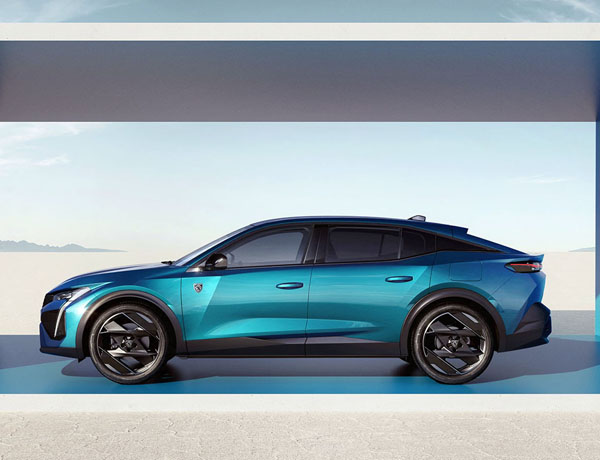 New Peugeot 408 will be produced, initially in Mulhouse, France, for the European market
and soon afterwards, in the Chengdu factory in China.

Upon the global unveil of the Peugeot 408, Kate Gillis, the Managing Director Peugeot
Australia, commented: “It is with great excitement I can confirm that the new Peugeot 408
will launch in Australia. We are currently working closely with the factory on launch timings
for our market and look forward to sharing more information in due course.”

This is a global press release and it says, “Please note, local Australian specification may
vary.”