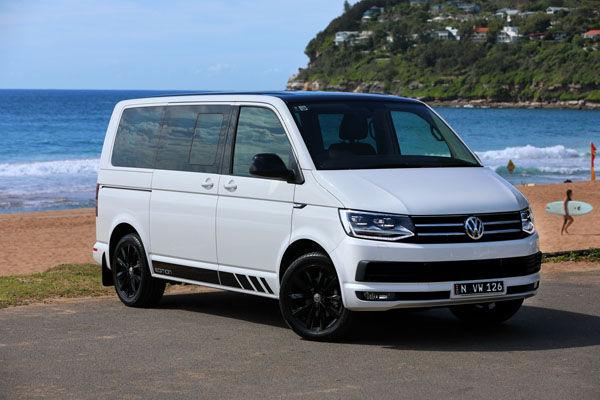 Volkswagen Australia realises that many people are buying seven-seat SUVs because they are tough and trendy but often then come to realise that the back seats can be difficult to get into and squeezy once you’re there.

So VW also sells a Multivan seven-seater that offers spacious accommodation for seven. It hasn’t sold as well as anticipated and so it has introduced a stylish Multivan Black Edition.

Some 230 examples of the Multivan Black Edition are coming Downunder. The launch of the Black Edition took place at the Manly (Sydney) Annual Kombi Rally.

Based on the seven-seat Multivan Comfortline TDI340 is powered by 2.0-litre turbo diesel through a seven-speed DSG.

To give it a touch of sporty class it rides on black 18-inch alloys and the suspension is lowered 20mm and uses reinforced anti-roll bar and specific tuning for the suspension and shock absorbers. 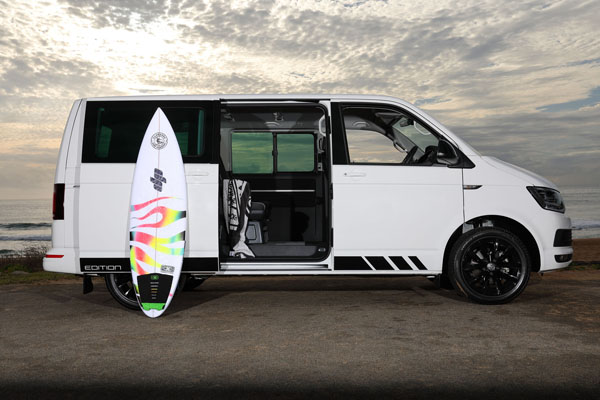 The highly adjustable seat configuration can be rearranged with the aid of the rail system. The three-seater bench can be folded forward and reclined into a flat-bed.

Decorative ‘Edition’ film on the side sills and at the rear complete the package.

All new Volkswagens come with a five year/unlimited kilometre warranty and the option of service packages.

Volkswagen Multivan Black Edition is on sale now with a recommended retail price of $63,990 driveaway.