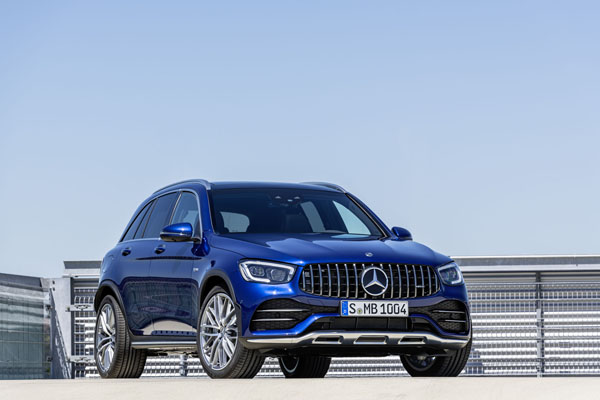 Mercedes-AMG is introducing a comprehensive range of measures in what it calls “a fundamental update” of its GLC 43 4MATIC SUV and Coupe models.

These AMGs are driven through an AMG SPEEDSHIFT TCT 9G automatic that’s been given added responsiveness. As before the 4MATIC all-wheel drive system favours the rear wheels in normal driving, with the fronts coming more into play when the computers deem that necessary. 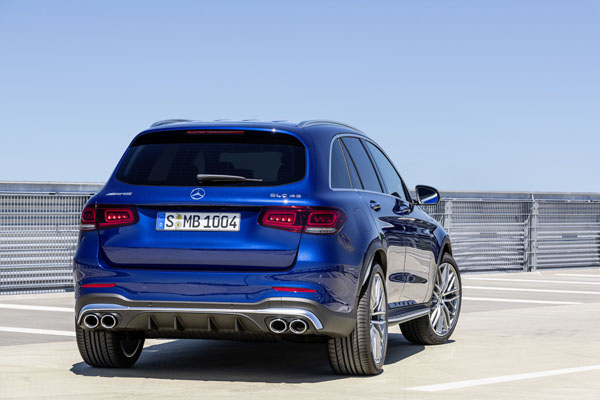 The engineers have measured the zero to 100 km/h sprint at 4.9 seconds for both the SUV and Coupe. Top speed is electronically limited to 250 km/h. The powerful AMG engine is visually identifiable by its engine cover with red aluminium insert and AMG lettering.

Aerodynamically optimised AMG light-alloy 19-inch wheels are fitted as standard. A selection of five further rim variants, ranging from 19 to 21 inches in size, are offered as options.

The latest version of the MBUX infotainment system, with AMG-specific functions and displays, introduces an innovative control concept that adds to the vehicle’s feasibility for everyday use. The upholstery, in black ARTICO man-made leather/DINAMICA microfibre, has a distinctive seat upholstery layout with red topstitching. Trim elements in aluminium with a longitudinal grain look and feel great.

An AMG steering wheel in DINAMICA microfibre has a flattened bottom section and is perforated in the grip area. 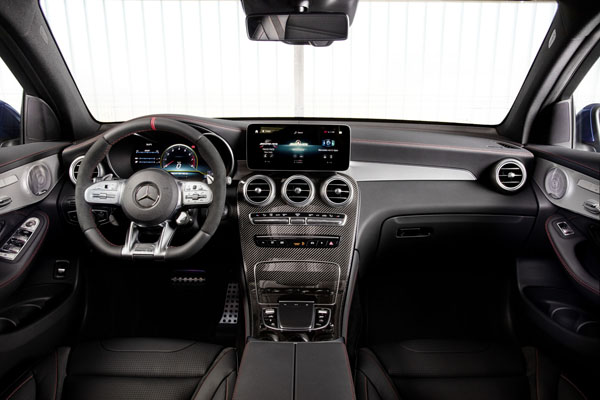 Precise details of Australian imports of these hot AMG models will be provided later. Shortly afterwards we will get behind the wheel, hopefully of both models, and bring you full driving impressions.