TWO HANDS ON THE WHEEL 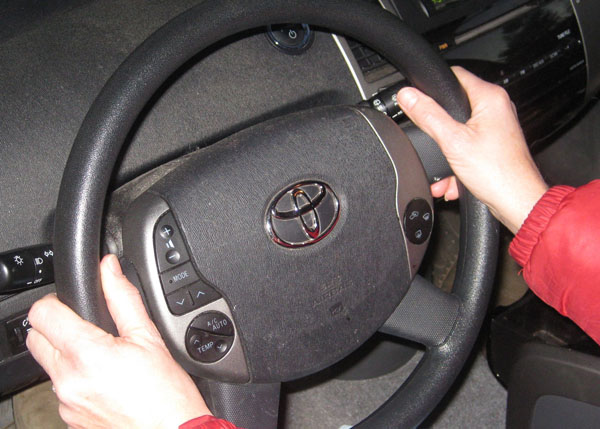 “It’s easy to spot the worst drivers on the road,” said the noisy bloke at the barbie, “They are the ones who always drive with two hands on the steering wheel.”

I must admit this stunned me. Regular readers will be well aware that I am forever preaching, “Always keep two hands on the wheel, two eyes on the road and all of your attention on driving.” Any other way of driving increases our chances of avoiding crash, or at least minimising the effects of one.

It’s easy to ignore the views of noisy blokes at barbies, because they have been known to get things wrong from time to time. But in the interests of giving him a fair go I decided to have a look at his theory over the next few days.

The trouble is that they look as they would not actually do anything with the steering wheel if an emergency did arise. Just jam on the brakes, scream and hope for the best. Which is all too common with Australian drivers due to the woeful lack of training they need before our governments give them a licence.

How anyone can be allowed on the road if they haven’t been taught the basics of braking, swerving and recovering to avoid a crash boggles my mind.

It’s generally easy to spot the body language of the nervous driver with two hands gripping the steering wheel, so I can go back to my old practise of catching a glimpse of hand position as part of my ways of sussing out others near me on the road. That, and a hundred and one other factors, that can hopefully help me stay out of trouble.

Watching others on the road, their body language, and how they behave becomes instinctive as you gain more driving experience. One of the reasons why experienced drivers statistically have fewer crashes than inexperienced ones.

Obviously there are many other factors that cause younger, less experienced drivers to get into strife – bravado, peer pressure, a know-it-all attitude, resisting authority, and lots more. The trouble is that all of these factors frequently result in the kids not having two hands on the steering wheel.

My recently-licensed grandson has told me that it’s not cool to be seen with two hands on the steering wheel. Thankfully, to avoid the cranky old bugger in me he usually does the right thing when I’m in the car with him. But his mother reports different behaviour when I’m not around. Surprise, surprise…