Unlike many ‘toy’ 4WDs in the so-called SUV class, the Suzuki Vitara is the real deal. Popular with those who like to have fun away from the beaten track, the Vitara works well on the beach, on forest trails and even in reasonably serious off-road conditions.

Though the names ‘Grand Vitara’ and just plain ‘Vitara’ were used in different series most people simply refer to them all as Vitara. Basically, the Grand title was used on the 2005 models being reviewed here, but from the model change of 2015, it disappeared again.

When an all-new third generation Suzuki Vitara was introduced in August 2005 it no longer used a separate chassis, rather it has a monocoque body. However it was toughened up with serious strengthening that can almost be described as ladder-frame. Ruggedness has always been part of the Vitara makeup and owners love them for that.

A virtually all-new model Vitara was launched in 2015. The body has a neat look with semi-sharp details that look great. 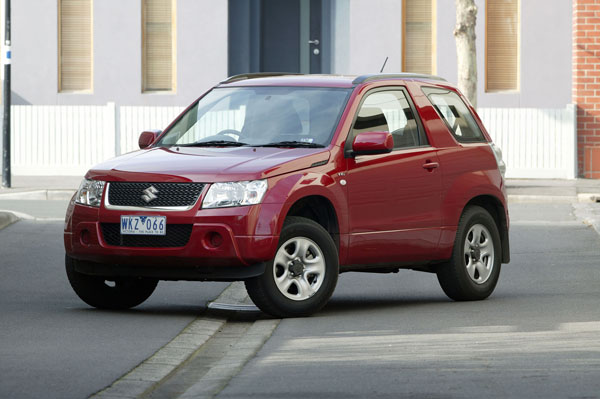 Quite a few were sold with two-tone paint in a time when others were purely mono paint. This appealed to both the young and old buyers, particularly the latter as they were from the glory hippie days of the ‘70s. We’ve seen some used examples of those belong to the oldies that have done very little work and are in great condition. These are worth hunting down.

For the first time the 2015 model was sold with the option of 2WD to keep the price down for those looking only for a family city runabout.

Vitara is offered in three- and five-door bodies. The five-door is significantly larger than in previous generations and can make a good family wagon. Competition in the SUV segment was starting to really warm up by this time, but Vitara aces many of the so-called 4WDs in its makeup. 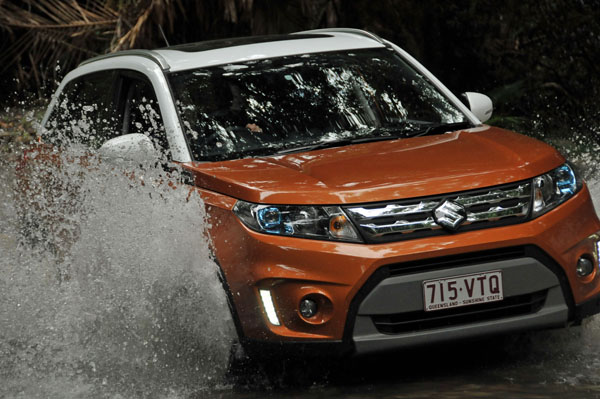 While it does have four-wheel drive, the three-door doesn’t have a dual-range transfer box so isn’t suited to really rugged off-road running. All three-doors have a manual gearbox. It is particularly popular as toy that can be taken to the beach for a huge amount of fun.

Vitara doesn’t handle the way a car does. The Suzuki has a higher centre of gravity so is easier to roll if you get things wrong. Drive it correctly and it will handle well enough; drive it too hard and it may bite you. The later the model the safer it is in these circumstances.

Suzuki has been around for a long time in Australia and is well-organised. We have heard of very few complaints about spare parts and servicing costs.

A good amateur mechanic can do a lot of their own work and underbonnet access is very good. Safety-related work should only be done by professional mechanics.

Insurance costs seem to vary more than normal from company to company, possibly because they have had different experiences. It’s worth shopping around. As always, make sure you understand what coverage you are getting.

WHAT TO LOOK FOR
Look for damage to the tyres caused by use on severe off-road terrain. Tyres with uneven wear probably indicate wheel or chassis alignment troubles.

Look for signs of body damage caused by off-road driving. The corners of the bumpers and the sill panels are usually the first to be scratched or dented.

Check the protection plates under the engine and gearbox, as well as suspension mounts for signs of damage.

Search for rust in the lower edges of the doors, the guards, door sills, cabin and boot floor and in the fuel-filler flap.

If you find sand in underbody areas, taste it for salt. Corrosion can wreak havoc with rust if it gets into metal.

Feel for an engine that is reluctant to start and down on power. Look for smoke from the exhaust pipe and the oil-filler hole.

Make some fast downshifts on a manual gearbox and listen for clashed changes or a reluctance to change.

In an automatic transmission be sure the changes are positive and that it shifts promptly into Drive from Neutral.

Take your hands off the steering wheel while the Vitara is travelling in a straight line and see if it wanders about unnecessarily. If it does, there could be suspension damage.

CAR BUYING TIP
These days many SUVs and 4WDs seldom leave sealed roads so beware of one that looks as though it has been in the rough stuff. However, if the price is right and you can do your own repairs one that has been off-road could be a bargain.