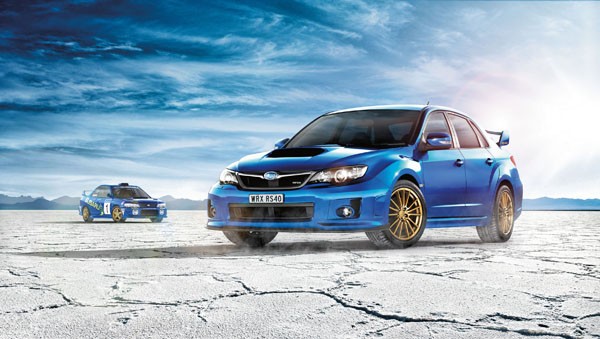 To whet our appetite for the upcoming new generation WRX, due here in March 2014, we’ve just spent a week in the limited edition RS40 version of Subaru’s iconic pocket rocket.

The WRX RS40, so named as it commemorates the 40th anniversary of Subaru’s arrival in Australia, is only available in sedan form with numbers strictly limited to 300 units. The WRX has been on sale for almost half of these 40 years and fans will be delighted to know that all RS40 models come with the famous colour combination of blue body and gold alloy wheels that carried the car to World Rally championship wins.

Somehow the term “hot-sedan” doesn’t have the same ring to it as “hot-hatch” but the trend away from hatches towards sedans has been growing over the years as the boy racers mature so Subaru’s decision does makes sense.

Other features are Recaro seats with blue coloured Alcantara inserts, exclusive RS40 decals; and a numbered RS40 internal badge. Subaru Australia estimates the value of the above at $7000. 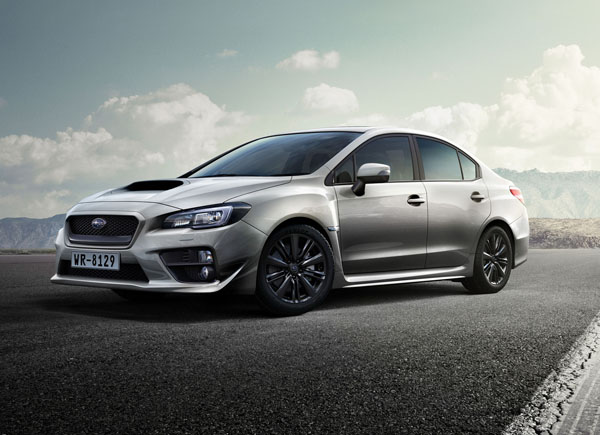 ENGINE / TRANSMISSION
The Subaru RS40 uses the same 2.5-litre turbocharged boxer engine as the standard WRX with maximum power of 195 kW and peak torque of 343 Nm. The flat-four engine still has that distinctive note and exhaust throb that really appeals.

There’s still turbo lag, enough to be irritating at times, but there are always going to be compromises in getting over 340 Nm from 2.5 litres of engine. 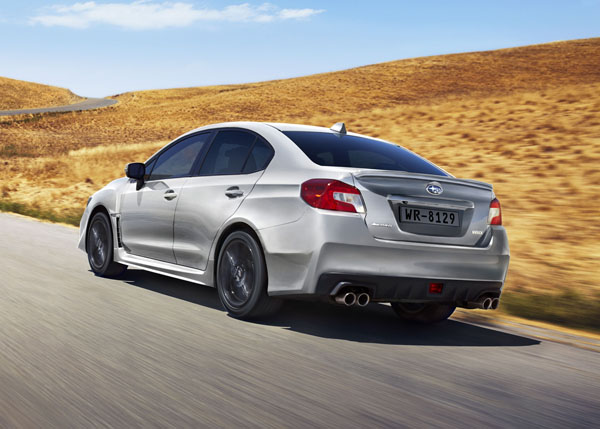 Fuel consumption is listed at 10.4 litres per 100 kilometres although during our week-long test we sat closer to 12.0 L/100 km. You don’t get something for nothing in this world and performance engines are always going to like a drink.

Thankfully Subaru WRX RS40 only comes with a manual gearbox but one of the few disappointments is that it’s the five-speed unit from the standard Rex rather than the six-speed that’s used in the STI. 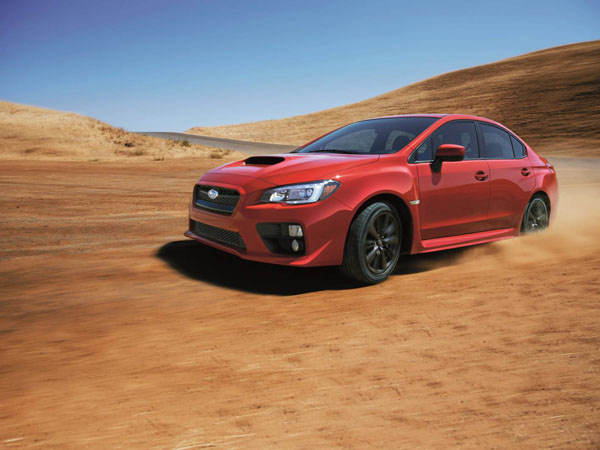 INTERIOR
All the excitement from the Subaru WRX RS40 comes from looking at it from the outside and the joy of driving it. The interior is quite bland with few of the enhancements that we’ve come to expect from the modern car.

Front space is fine although the ample-buttocked will have their driving fun diluted by being wedged uncomfortably between the high bolsters. Rear seat leg room is limited and boot capacity, helped by a space saver spare wheel, is a reasonable 420 litres. 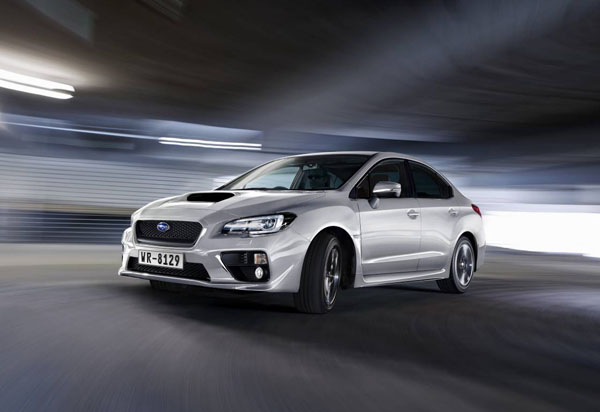 The WRX retains its longtime ability to hold onto the road in a most satisfying manner no matter how slippery the surface. Wet weather driving is exceptionally safe, with high reserves of grip thanks to the use of Subaru’s famed all-wheel-drive system.

Naturally the suspension is firm which translates into brilliant cornering although rougher roads made the car find the suspension bump stops on quite a few occasions, sending a real shudder through the body.

SAFETY
Subaru continues to push hard on the safety front and the WRX, like every other model in the Australian Subaru range, has received the maximum of five stars from the ANCAP crash test regime.

SUMMING UP
Styling of the WRX has become more conservative over the years so it’s great to see the old blue and gold back. At $44,490 the RS40 is just $4500 more than the standard Rex which, at $39,990, is the same recommended retail price the car was offered at when launched in Australia nearly 20 years ago.

A check with Subaru Australia has confirmed that the RS40 is still available although it might be wise to contact your local dealer as soon as possible before the last of the 300 is snapped up.

Looking forward to the new generation WRX, which was unveiled at this year’s Los Angeles, and for the first time will break away from the Impreza underpinnings upon which all previous models have been built.

Using a similar approach to the one it used to sell the BRZ Subaru Australia offered the first 100 cars to customers who pre-ordered online. These buyers have been allocated an individually numbered car upon delivery, plus their first scheduled service for free.

After the first 100 pre-order deposits are taken, sales will continue through the traditional Subaru retail network.

Pricing and specifications will be announced closer to the new WRX’s launch around March.