Subaru Liberty is a no-nonsense sedan or station wagon with a reputation for toughness and reliability. The Subaru Outback is based on the Liberty wagon and has increased suspension height, meaning it sits about midway between a conventional wagon and a 4WD.

As more and more SUVs are really just 2WD vehicles with a taller body, Subaru Outback is standing out from the crowd.

Subaru Liberty is sold as a four-door sedan and a five-door station wagon, with a significantly larger percentage of wagons being sold than in other models in its class.

The combination of the traction of all-wheel drive and the carrying capacity of the wagon rear end is a strong one with those who go to the snowfields or want to tow a midsize boat.

The engines have a flat ‘boxer’ layout, that is horizontally opposed (as in Porsche and old Volkswagen models) to lower the centre of gravity for improved balance. This layout gives them their distinctive beat.

Engine capacities in the four-cylinder models being reviewed here are 2.5 litres, these come with or without a turbocharger. Flat-six engines began with a 3.0-litre unit in the Outback, and later the Liberty range, its capacity increased to 3.6 litres in September 2009. Subaru calls the flat-six engines the H6 – ‘H’ for horizontally opposed. 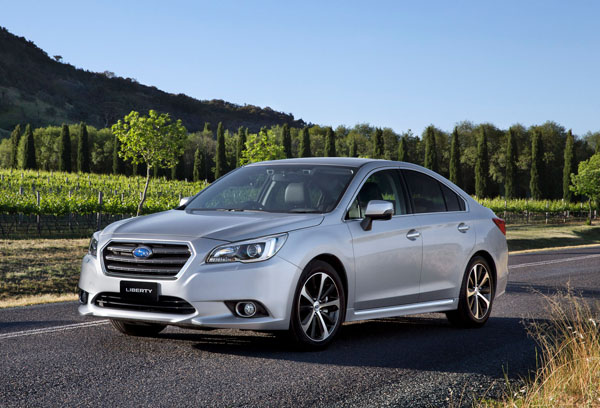 More than a usual number of these family cars have a six-speed manual gearbox as some owners seem to like the extra control they feel this provides. A CVT (continuously variable transmission) was used on a large majority.

These Subarus are reasonably easy to work on and most minor jobs can be carried out by an experienced home mechanic. Safety items and most areas of the high-performance variants are best left to the professionals.

Spare parts prices are about average for a car in this class. The Subaru dealer network, though relatively small, works efficiently. Because of Subarus’ popularity in country areas there are dealers in comparatively remote areas.

Insurance charges are generally moderate but there seems to be a bigger difference in premiums than is coming on other family cars. Shop around, noting all details and set up a comparison table to chose the one you think is best.

WHAT TO LOOK FOR
Rust is not common in Subarus, but if one has been badly repaired after a crash it may get into the metal. Outbacks that played in the water’s edge on a beach may also have problems.

Call in a professional inspector if there’s the slightest doubt about the body’s condition.

Check the condition of the engine oil and also to make sure the level is above minimum. Perhaps it’s something to do with the flat engine layout. 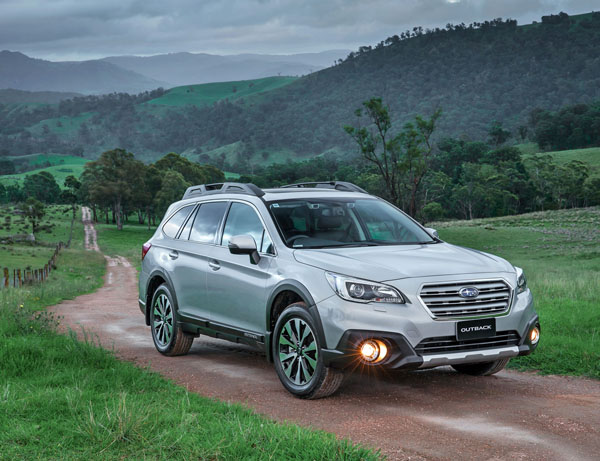 Make sure the servicing has been done on time or distance (whichever comes first). If not you could be looking at problems later.

Have a look underneath for signs of damage as some owners really think having AWD means they are ‘real’ 4WDs. The undersides of the bumpers, especially on their corners, are usually the first to suffer. With the sill panels a close second

Mud or a real buildup of dust may indicate a lot of time spent of the beaten track.

Look over the interior trim and carpets for signs of damage, though they usually hold up well.

Check out the luggage area for signs of harsh treatment caused by carrying big and/or sharp loads.

Be sure the engine starts quickly and immediately idles smoothly no matter how cold it is.

Manual gearboxes should be quiet in operation and gearchanges should be smooth and light. CVTs that are hesitant to move at very slow speeds (less than walking speeds) may have troubles.

CAR BUYING TIP
Cars with a reputation for being long lived and trouble free sometimes attract buyers who have no intention of ever servicing them. Hmm…