Toyota has finally launched the eagerly awaited new GR Supra in an impressive ceremony at the Detroit motor show. This is the fifth generation of its large Japanese sportscar. Interestingly, the GR Supra is produced by Toyota GAZOO Racing, hence the tag of ‘GR’ for the all-new model.

The 3.0-litre straight-six engine has a twin-scroll turbocharger and produces 250kW of power and 500Nm of torque. It features a continuously-variable valve control to help it produce torque from very low revs.

The straight-six drives the rear wheels through an eight-speed automatic with Normal or Sport driving modes, the driver can select ratios with paddle shifters.

Using launch control function GR Supra can get from from rest to 100 km/h in 4.3 seconds.

The stability control system has a Track setting that reduces the level of intervention. 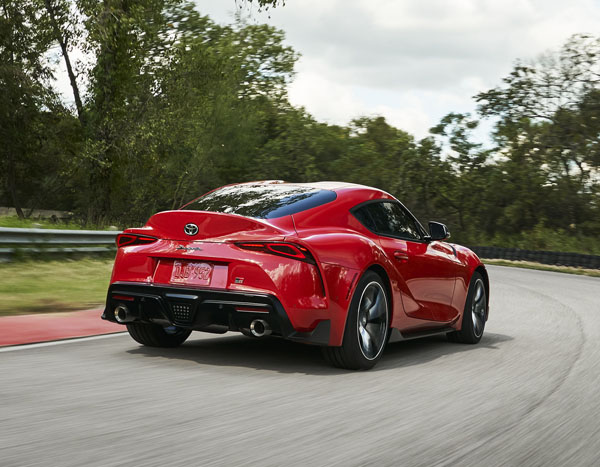 As is virtually the norm for high-performance machines these days GR Supra was tested at the famous Nurburgring Nordschleife circuit in Germany.

It was driven on many other roads around the world – including in Australia with chief engineer Tetsuya Tada at the wheel.

Toyota assures us the boot is large enough for two people’s luggage for a weekend away. It can be extended by removing a panel at the back of the cabin, thus creating enough space for a golf bag. Heaven help any Japanese designer who dares to design a car that cannot carry a golf bag…

It’s an open secret that the Toyota GR Supra was designed in co-operation with BMW and shares parts with the upcoming BMW Z4. Both cars will be built in the same factory in Graz, Austria. 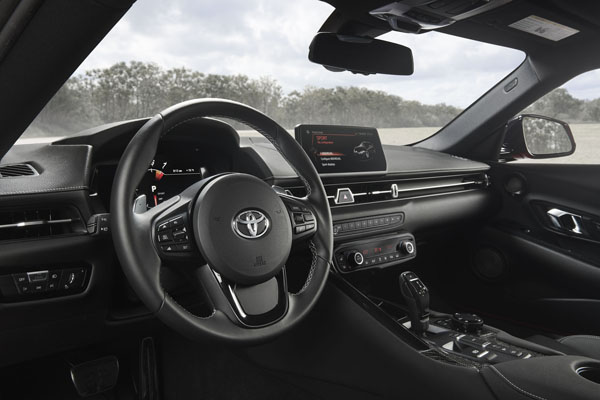