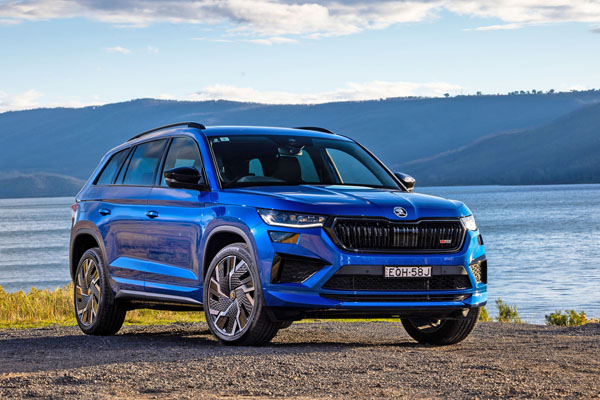 Skoda’s Kodiaq SUV has been updated for 2022. It has a redesigned front grille and tail-
lights. The headlights have the extra illumination provided by LED and there are scrolling
rear indicators.

The previous Kodiaq RS had a 2.0 litre bi-turbo diesel. The revised model has a
180kW/370Nm 2.0 litre turbo-petrol driving through a 7-speed DSG transmission to all four
wheels.

Inside, a 9.2-inch touch-screen has native satellite navigation that can be replicated on the
Virtual Cockpit ahead of the driver on all models. 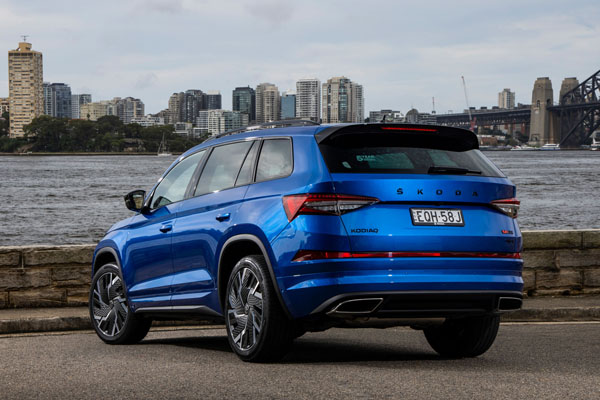 It has wireless Apple CarPlay and Android Auto as well as wireless smartphone charging.

Keyless entry and start, adaptive cruise control and a power tailgate are all standard. 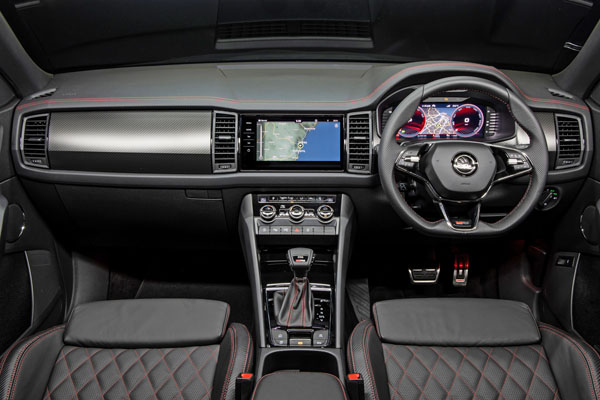 For sixth and seventh passengers, Kodiaq extends curtain airbag coverage all the way
back.