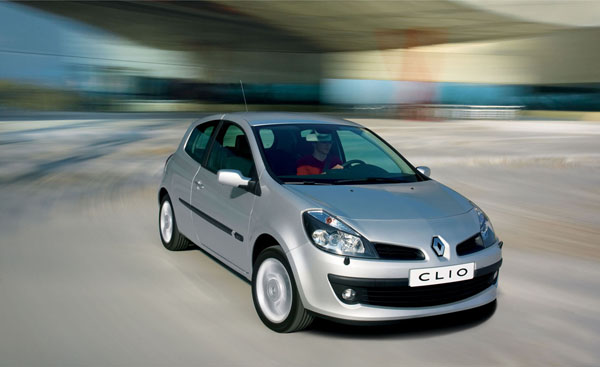 Renault Clio is a small French car that has a long history in Australia, although it has fallen
from favour in recent years. It’s really enjoyable to drive with excellent handling, it talks to
you through the steering wheel and the seat of your pants. They have a lively, dare we say
French? attitude.

Ride comfort is very good for this class. Rough Australian backroads are generally
handled with ease, we have driven extensively in France in Renaults and can report that
the country has a fair share of backroads in below average condition.

Having said that, if you plan to do a lot of driving in the great Aussie outback the Clio may
be a little out of its depth.

In Europe, the cute Clio is considered to be large enough for use as a family car. In
Australia they tend to driven by singles or couples. In particular by folks looking for
something out of the ordinary away from the boringly sensible offerings from Japan and
South Korea.

Renault Clio is well built and reliable, though probably not quite to the standard of the
aforementioned Asian cars. 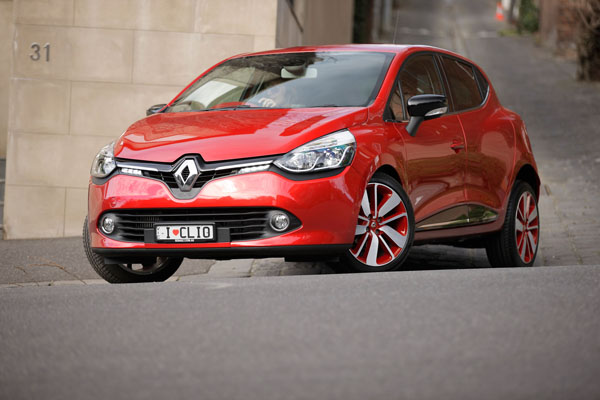 Clio is sold in three- and five-door hatchback format, with the three-door models being
predominant in the sports variants.

The fourth generation Renault Clio arrived here in September 2013 and the marketing
guys and gals gave it a big push on style, with multiple choices of colours, trims shades,
accessories and dress up items.

Styled by Laurens van den Acker the gen-four has a slim grille that expands in its centre
section to frame the Renault diamond-shaped emblem. The doors are deeply sculpted in
their lower areas and the side profile has the five-door the appearance of being a three-
door thanks to concealed handles on the rear doors.

Infotainment was strong in the gen-four with a large 180mm touchscreen tablet-style
display and provide satellite navigation, Bluetooth connectivity for phones and music
streaming.

Renault Clio imports ceased in Australia in 2020 as sales for all small cars, not just
Renaults, were diminishing because of the swing to SUVs in just about every market
segment.

There quite a few Renault dealerships in Australia, some dating back for many decades.
They tend to congregate in major cities. There are quite a few well regarded non-factory
trained mechanics in some city as well as country areas.

We have heard of no major problems in getting spare parts. These are often more
expensive than for Japan and Korean cars, but not outrageously so. 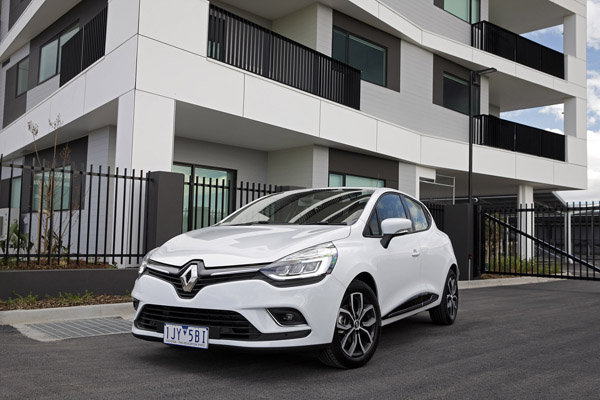 Insurance on all but the sports model Clios is a little more expensive than average, but not
outrageously so. Some insurers will really slug you for the Sport, GT and RS versions. If
shopping around amongst insurers, always check that you are making accurate
comparisons.

WHAT TO LOOK FOR
During your test drive find a bumpy road and listen for any squeaks or rattles from the
interior trim.

Look for body damage or areas that have been repaired. Paint that doesn’t quite match
from one panel to another and/or crinkles in the body are relatively easy to spot once you
have some experience.

An engine that doesn’t start easily and idle reasonably smoothly should be treated with
suspicion. The sporting versions aren’t as smooth as the standard ones.

A gearbox that’s stiff at times may have problems, some are OK once they are warmed up
but a bit reluctant to move when cold.

Many Clio sports models will have been driven hard, check the condition of the tyres and
be wary of any with severe wear, especially if it’s in sawtooth shape.

Look for a lot of brake dust on the insides of the wheels, particularly the fronts, another
sign of hard use. Smart sellers will have given the car a good clean, but may have missed
out on dust inside the wheels.