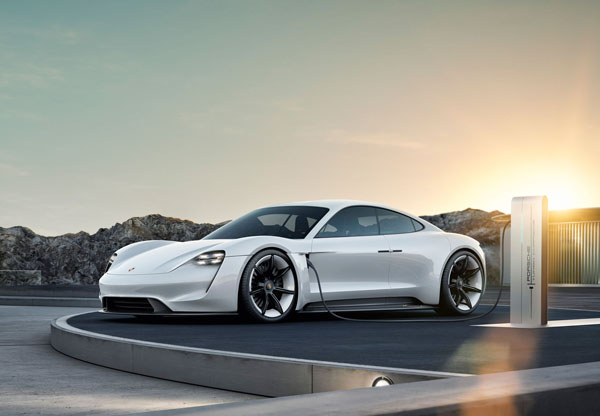 Production of the first purely electric Porsche, the Taycan, will begin in 2019. however, Porsche Australia says the Taycan won’t go on sale here until 2020.

The name Taycan can be roughly translated as “lively young horse”, the Porsche crest, has featured a leaping steed since 1952 and refers to the coat of arms of Stuttgart, Porsche’s home town.

Porsche Taycan will be powered by two “permanently excited” synchronous motors (PSM) with an output of over 600 horsepower (440 kW). The instant torque of the electric motors mean Porsche Taycan will accelerate from a standstill to 100 km/h in well under 3.5 seconds and get to 200 km/h in under twelve seconds. 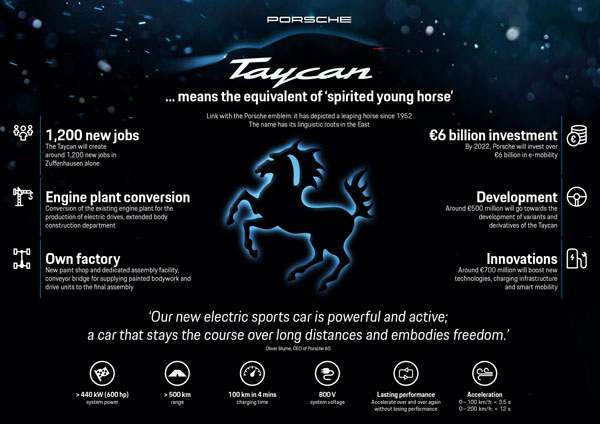 Driven less dramatically, Porsche says it will have a maximum range of over 500 kilometres.

Fascinatingly, the Taycan is far from being the first electric Porsche. In 1898 at the age of just 18, Ferdinand Porsche was involved in the drivetrain design of a vehicle with an electric motor inside each of the four wheels.

Porsche plans to invest more than six billion euro in electro-mobility by 2022. About 500 million euro will be used for the development of Taycan variants and derivatives; around one billion euro for electrification and hybridisation of the existing Porsche range; several hundred million for the expansion of production sites; and around 700 million euro for new technologies, charging infrastructure and smart mobility.