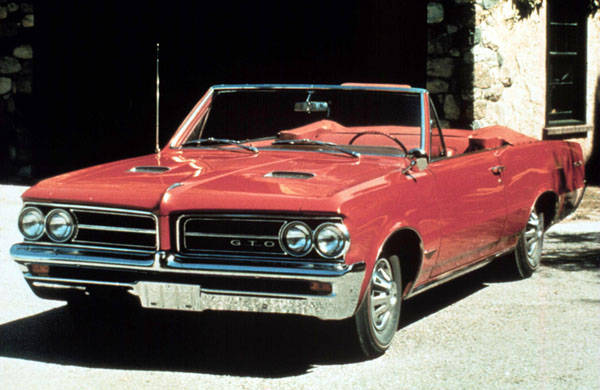 The US muscle car craze was started by Pontiac when John DeLorean conceived the idea of putting the largest engine that Pontiac produced, the 7.45-litre V8 used in the large Grand Prix model, into the body of the smaller compact Tempest sedan.

A compact car with this much power was considered by DeLorean to be just the thing to attract the young buyer in the early 1960s since Pontiac was losing market share and their model range was being perceived as most suitable for older drivers. The Pontiac GTO was renowned as America’s first performance car and was in production from 1946 to 1974.

The Pontiac GTO is of recent interest to Australian drivers with the news that the revived Holden Monaro was exported to the US, with a Pontiac GTO badge on the bonnet.

GTO, or Grand Turismo Omologato, is an Italian term which originally identified grand touring coupes such as Ferraris that qualified for road racing. Various modifications to the Australian-built Monaro were made to enable it to meet or exceed mandatory US legal requirements, environmental conditions and unique design characteristics for Pontiac, such as the grille.

The original GTOs had staggering acceleration considering the huge power to weight ratio but as little was done to other parts of the car, braking and roadholding left a lot to be desired when compared with the European cars with which it was competing. Still it had an American brand name and young men were attracted to the GTO for its sheer performance.

By 1967 disk brakes were offered as an option so buyers could now elect to stop as well as they could accelerate. The same discs were also used on Corvettes, Firebirds and Camaros. By 1967 most options were finally fitted as standard equipment.

Throughout the life of the GTO there were several cosmetic changes to keep pace with other Pontiac model introductions but the massive increase in power to weight was retained by the use of the largest engine in the Pontiac range.

For the Australian made Pontiac GTO, the 5.7-litre, Gen III, V8 engine as already used in the Monaro and the Chevrolet Corvette is coupled to either a six-speed manual or four-speed automatic transmission.