POLESTAR IS TRIALLING A FAST-CHARGING SYSTEM FOR ELECTRIC VEHICLES ON THE NULLARBOR PLAIN. 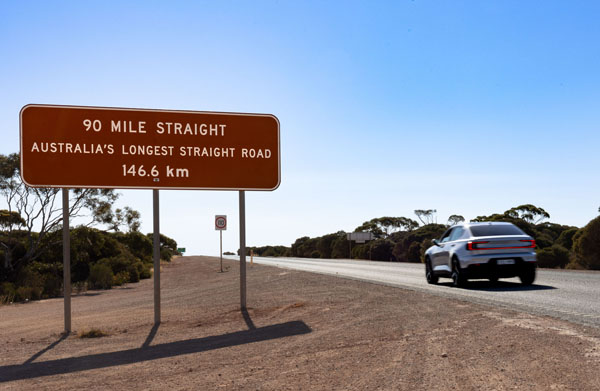 Covering more than 700 kilometres between the West Australian towns of Caiguna and
Southern Cross, the all-electric Polestar 2 is powered up at the fully off-grid, and self-
contained BiØfil fast chargers en-route to Perth.

The BiØfil fast-charging system is the brainchild of retired engineer, Jon Edwards, who
identified that the proposed electric vehicle highway in Western Australia left a gap on the
Nullarbor Plain, and with it, the ability to drive an electric vehicle all the way around
Australia. 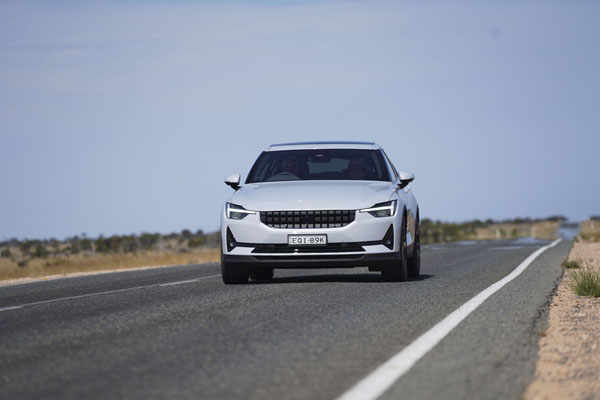 BiØfil extracts energy from waste oil using a generator, but is an entirely net-zero exercise,
with no incremental impact on the environment. The vegetable oil for the fryers comes
from seed crops, such as canola and sunflower, which absorb CO2 and sunlight, and the
CO2 produced to power the charge system is the equivalent to CO2 absorbed.

“Polestar is thrilled to share its passion for innovation and sustainability with visionaries
like Jon Edwards,” says Samantha Johnson the managing director of Polestar Australia.

“To turn a waste product into a CO2-neutral charging solution, which connects Australian
EV owners from the east with the west, is the sort of ingenuity that has led to so many
Australian innovations.” 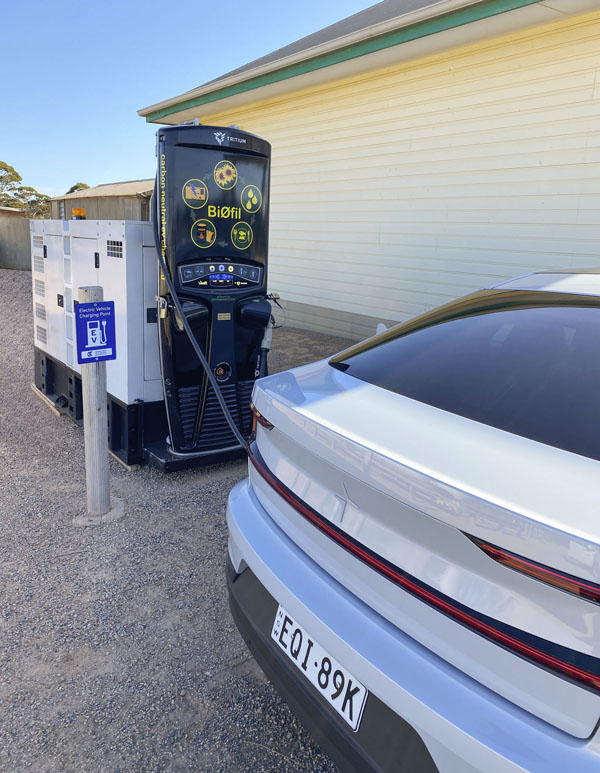 Jon Edwards, inventor of BiØfil, adds: “The cost of installing an equivalent solar-powered
EV fast charger is over five times the cost of building the BiØfil fast charging unit. Solar
energy would not have been economically feasible for such a low traffic location, making
BiØfil the environmentally friendly interim solution for EVs driving across the Nullarbor right
now.”

Polestar 2 goes on-sale in Australia in February. Reservations can be made at
www.polestar.com/au.