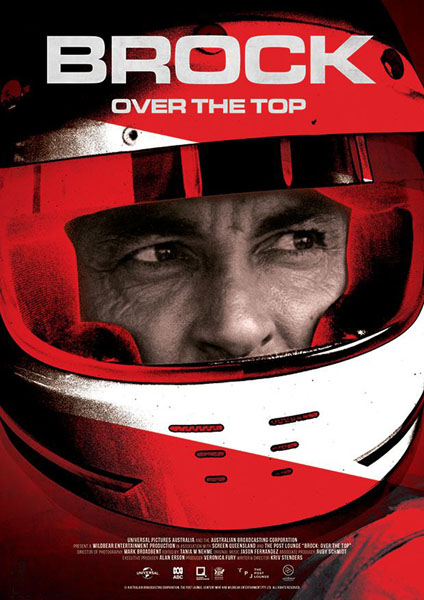 BROCK: OVER THE TOP, the compelling life story of Australian sporting icon Peter Brock, has been announced with the made-for-cinema feature length documentary releasing straight to Premium Video on Demand. It will be available to rent from Friday 3 July 2020. Australian motorsport and history fans will be able to enjoy this gripping documentary on the celebrated racing driver in premium quality while at home.

The name Peter Brock is not only synonymous with Australian Motor Sport, but one that holds a place of reverence in many Aussie households. In a career that spanned over 30 years, including nine first-place finishes at Bathurst, Peter Brock, also known as “Peter Perfect”, “The King of the Mountain”, or simply “Brocky”, was a dominant force on and off the track. However, throughout this remarkable career Brock faced a life of intense media scrutiny and a slew of financial setbacks.

Brock: Over the Top is a high-octane documentary celebrating and interrogating the fascinating life story of one of Australia’s most legendary sportsmen, whose legacy remains unsurpassed even to this day.

It will be available to rent from Friday 3 July on Apple TV, Fetch, Foxtel Movies, Google Play, Sony PlayStation and Microsoft Xbox.