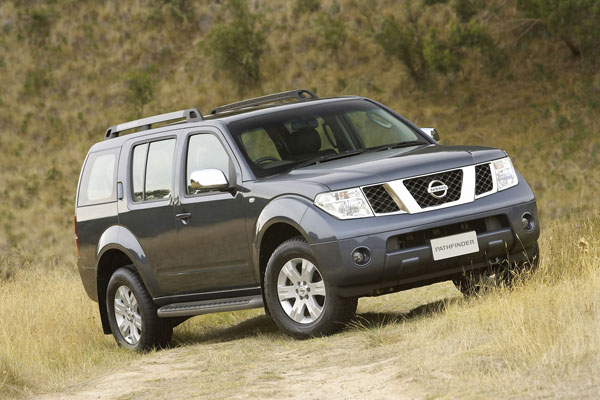 Nissan Pathfinder has had a mixed career in Australia since it arrived in 1986 as a tough, two-door 4WD wagon based on the Navara pickup. Then in 1995 Pathfinder became more of a soft-roader than 4WD. To cause further confusion, the Pathfinder from July 2005, has reverted to a full chassis for added toughness and is again virtually a Navara with a different back end. The direction changed yet again in 2013 when Pathfinder became a very large softroader.

We will begin this used-car review with the third generation Pathfinder as the others are getting on in years and some may have passed their use-buy date.

The 2005 Nissan Pathfinder is significantly larger than the previous ones and has seating that’s good for four adults, five without too much leg rubbing. Headroom is good and the front seats are well shaped. The rear bench seat is reasonably spacious. Boot space is large and easy to load. Comfort is okay, but there’s little doubt it’s a body-on-chassis off-roader.

The gen-three Pathfinder uses a big 4.0-litre V6 that has plenty of grunt. The 2.5-litre four-cylinder turbo-diesel has a handy 400 Nm. Its introduction coincided with the start of fuel price rises so it’s no surprise that many buyers have opted for this oil burner option. 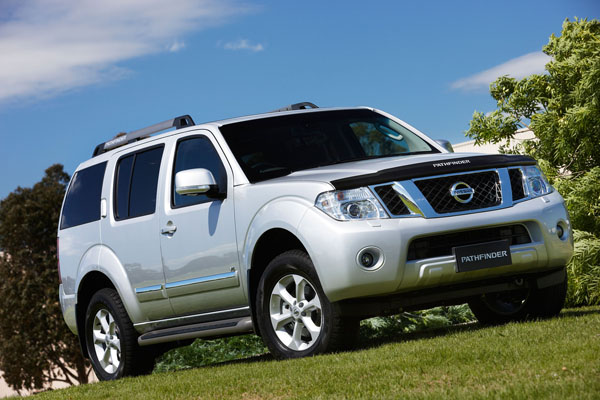 This Pathfinder has low range and uses an electronically-controlled “All Mode 4×4” system. The five-speed automatic transmission works well with this. Manual over-rides are available for those who like to change gears themselves. Diesels have the option of a six-speed manual gearbox. Petrol-powered models are auto only.

Yet again, Nissan changed direction with the fourth generation Pathfinder, introduced in November 2013. It became a very-large seven-seat suburban SUV with only mild dirt road capacity. No more body-on-chassis, this Pathfinder is again a monocoque, with all that means in the way of increased comfort and a quieter interior.

The interior of this biggest ever Pathfinder is spacious and practical. The two-seat third row is relatively easy to access through large side doors although as usual children are the preferred occupants.

Gen-four offers the choice of two-wheel drive, though all-wheel-drives have been the more popular sellers. All have a 190 kW 3.5-litre petrol V6 and continuously variable transmission (CVT). There is no option of diesel power.

Those looking for something really unusual can even buy a supercharged-petrol / electric hybrid Nissan Pathfinder that went on sale in August 2014. 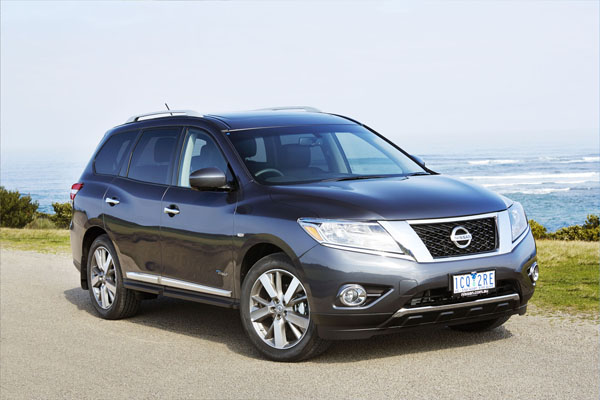 Handling is okay for an SUV, but certainly not to car standards in all Pathfinders. They are safe enough even if driven moderately hard and will attempt to look after silly drivers by way of stability control and ABS brakes. Don’t test these for yourself, though.

Nissan’s dealer network is widespread with spare parts, repairs and servicing available in most areas, even in some pretty remote locations.

Experienced home mechanics can do a fair bit of their own work. There’s plenty of underbonnet and under-car space. Leave the safety items to qualified mechanics, please.

Insurance isn’t usually over expensive as befits a vehicle that is seldom driven hard.

WHAT TO LOOK FOR
Engines should start reasonably fast, though the older diesels aren’t in the same class as the very latest units.

Gearboxes are generally tough, but try some fast gearchanges from third to second and feel and listen for worn synchros.

Automatic transmissions should be smooth and quiet in operation and not have too long a delay when going into Drive from Neutral.

Interior condition is important as rumbustious kids can create havoc. Off-road use, such as at the beach, can also lead to damaged cabins, check carpets and seats in particular.

Look for damage to the protection plates, the sill panels and the underneath of the bumper-bar corners. These are signs of hard off-road driving and are much more likely in gen-three Pathfinders than the fourth generation.

Pathfinders that have been in severe off-road situations really do require a professional inspection.

CAR BUYING TIP
Off-road vehicles that go off road are relatively rare, however more Pathfinders have seen life in the bush than is the norm for this market segment. Those that have played in the dirt usually sell for less.