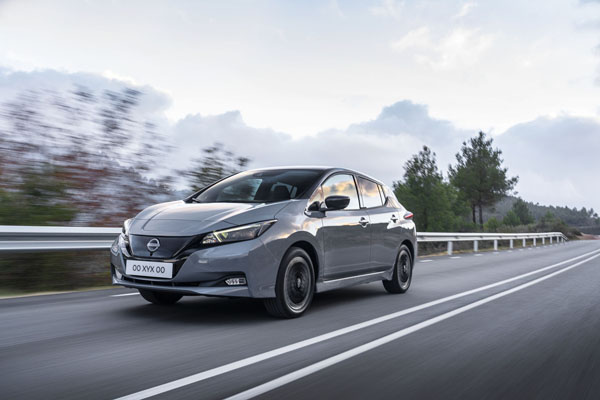 Nissan LEAF will arrive in Australia in August 2202, with styling and technology updates.

“And with a stylish new look and more safety technology, and with the flexibility of two
battery-capacity options, the switch to zero-emission motoring is now even more appealing
in the new Nissan LEAF.”

“With more people now considering an EV as their next new car than ever before, electric
vehicles are no longer the cars of tomorrow – they’re the cars of right now. And I’m proud
to say the Nisan LEAF has been leading that charge for 10 years in Australia.”

Changes include new badging, a revised front grille, and a darkened headlight finisher. It
will have new design 17-inch alloy wheel design, a new rear diffuser, and sporty-looking
rear spoiler and side sills.

One of the key benefits of EVs is their near-silent electric powertrain. But while silence in
the cabin is golden, it’s important to let pedestrians and other road users know a vehicle is
approaching. So, the LEAF has Canto sound, a bespoke sonic identity carefully designed
to be audible, but not alarming, to those outside the vehicle, even on busy city streets.
Activated at speeds of less than 30km/h, the Canto sound is composed to vary in pitch
whether the vehicle is accelerating, slowing, or reversing. 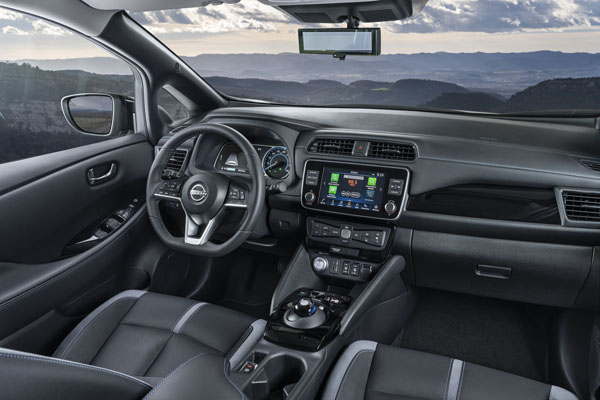 The Nissan LEAF has a Smart Rear-View Mirror, which pairs with a camera installed at the
vehicle’s rear to deliver a crystal-clear image to the mirror in the cabin. Drivers can switch
between the standard mirror and the digital view at the push of button.

The Nissan LEAF is offered with two battery configurations. It has an official driving range
of 270 kilometres in the standard model, increasing to 385 km in the LEAF e+. Both figures
are unchanged in this update.