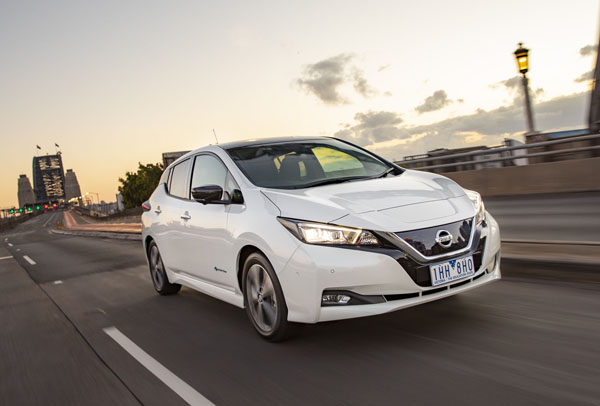 In October 2018 we attended a static display of the new Nissan Leaf where we were able to sit in the pure electric car that’s the World’s best seller. We also had the opportunity to spend serious time with engineers and marketing people.

Now Nissan Australia has announced the next step of the marketing campaign by announcing it will be priced at from $49,990 (MSRP) plus on road costs.

New generation Leaf will be sold from 89 Nissan dealerships Australia wide, well up from the 12 when the original Leaf was introduced seven years ago.

To date, 11,000 potential customers have registered their interest in the new Leaf. Now they can pre-order their new Nissan LEAF by visiting nissan.com.au/leafpreorder/.

Styling of the first Leaf was on the odd side, but the designers have given their new new one an attractive mainstream look. 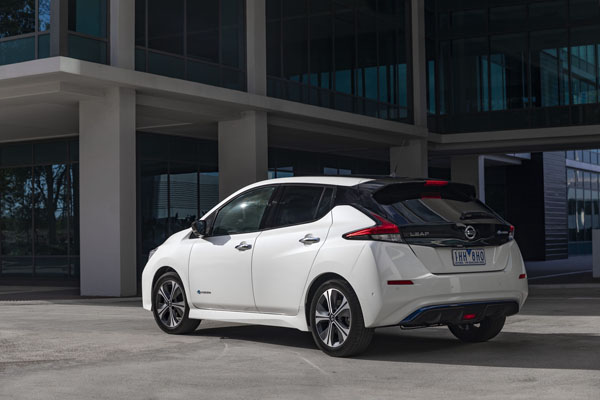 Inside there’s good legroom for four adults and five can be carried if you don’t mind a bit of squeezing in the back seat. The boot is huge, being particularly deep.

It has a driving range of up to 270km when tested on the WLTP (Worldwide Harmonised Light Vehicle Test Procedure) combined cycle.

Nissan research has shown the average distance travelled in Australian suburban areas is about 38 km a day so Leaf will only need a full charge about once a week.

However, we feel the majority of owners are likely to top up their car overnight as they are accustomed to do this with phones, tablets, et cetera. 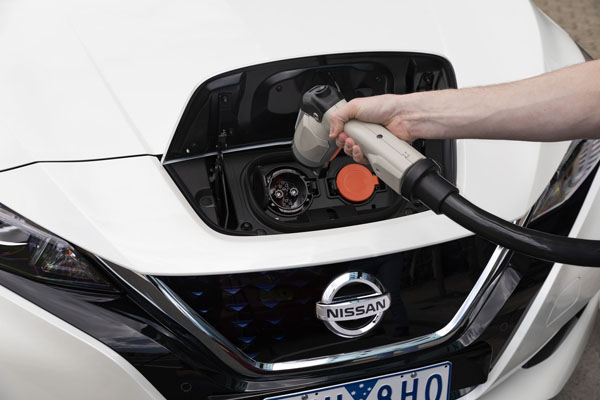 Charging times will depend on the charging connection and will range between 24 hours, to less than 60 minutes via a fast charge.

JET Charge is Nissan’s preferred charger installer at its dealerships and can also fit out homes and other places.

Fascinatingly, the Nissan Leaf has world-first bi-directional charging capabilities. This allows owners to use the charge from their car to power their home or business, or return electricity to the grid.

Fascinatingly, though the Leaf is built in the Nissan UK factory some components are made at the Nissan Casting plant in Dandenong, Victoria. You will be pleased to know these Leaf components, indeed virtually all Nissan parts made in this country have a small kangaroo motif on them.

As mentioned, we’ve yet to drive new Leaf, but that extra torque and the immediate acceleration that’s such a great feature of all electric cars should make it enjoyable.

COMMENT
Australia continues to be one of very few countries in the developed world with no government incentives to assist buyers into clean, green cars. A pathetic situation partly caused a number of backward Australian politicians who continue to deny our climate is changing…