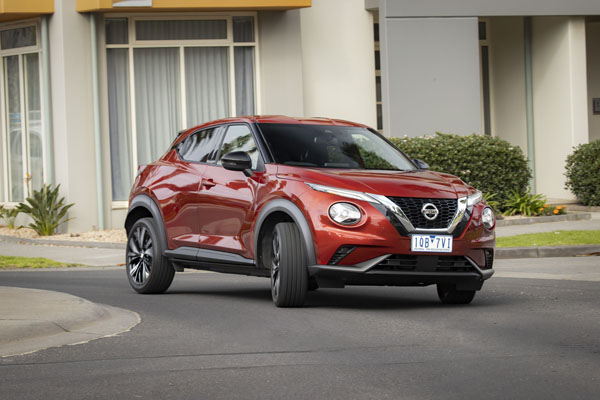 The all-new Nissan Juke is longer, wider and taller than its predecessor which has been on sale Downunder since 2010

Nissan Juke is all about funky styling and the new model takes that to even more extremes. Naturally it has the latest iteration of Nissan’s V-Motion grille. It features broad shoulder lines, raked windscreen and huge wheel arches. The sculpted flanks and tapered glasshouse give it a semi sporty look.

Technology is by way of a 8.0-inch touchscreen that gives access to Apple CarPlay or Android Auto. If they choose not to use their phone’s navigation, drivers can access TomTom Maps & Live Traffic on the ST+, ST-L and Ti models.

Soft-touch materials on the dashboard, door trim and foot-wells are aimed to give a new premium feel.

The Nissan Juke is also equipped with Monoform seats on all grades that provide improved spinal and lumbar support. The seats have bigger bolsters than in the outgoing model, for better lateral support. Seats in the ST-L are part-leather accented, while the Ti has quilted leather accented trim with Alcantara.

The front seats in the Ti model incorporate the Bose Personal Plus audio system and each front seat’s headrest is fitted with two of the eight speakers that make up the system.

Rear luggage space is accessed via a lower load lip and has a larger cargo area, now measuring 422 litres (VDA). The rear has a 60:40-split fold-down function to expand the cargo space by up to 1305 litres (VDA) for larger items.

The body structure is approximately six percent lighter and around 13 percent more rigid than the original model thanks to the greater use of ultra-high-strength steel.

New Nissan JUKE is powered by a turbocharged 1.0-litre, three-cylinder engine delivering 84kW of power and 180Nm of torque. It sits beside a seven-speed, dual-clutch automatic that can also be manually controlled through paddle shifters.

There’s no full-manual gearbox option as fewer and fewer Aussie drivers are looking for that feature.

It has an ADR combined cycle fuel consumption figure of 5.8L/100km, making the Nissan Juke among the most fuel-efficient SUVs in Australia.

This longer vehicle is said to be quieter than its predecessor, with thicker acoustic insulation applied to more areas of the vehicle, including across the engine undercover, transmission tunnel, the bonnet, wheel arches, floor and dashboard. 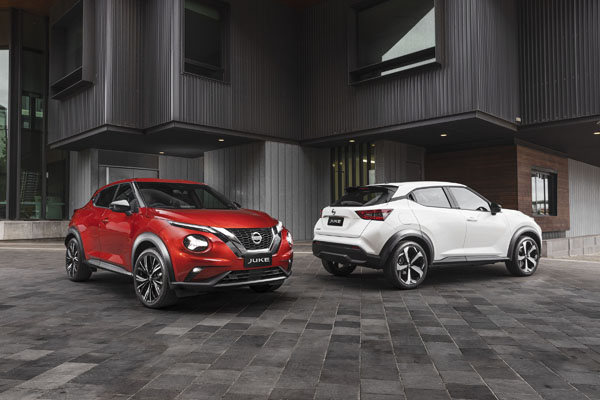 The all-new Nissan JUKE will arrive in Australian Nissan dealerships from June, 2020.

We have yet to road test this new Nissan SUV but will borrow one as soon a possible and get back to you with our detailed impressions.