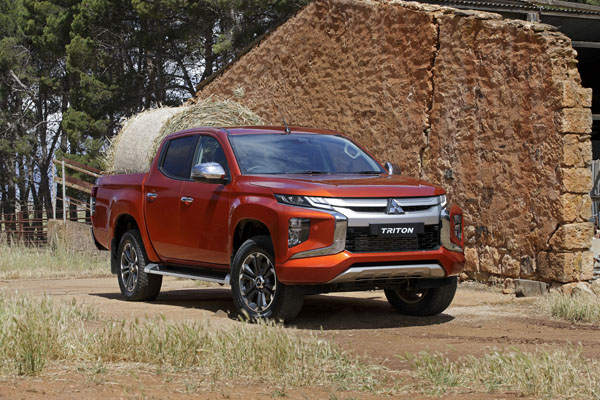 Mitsubishi has announced information on its upcoming, virtually all-new Triton that will arrive in Australia in January 2019. Local pricing and specifications will be announced closer to the local launch date.

Mitsubishi is of course a Japanese company, but Triton is built in Thailand and the factory proudly tells us the new Triton has been developed to be, “Engineered Beyond Tough”. A handy catchphrase in these times when small pickup trucks are the vehicle of choice amongst private buyers, and of course tradies.

Triton has a front face that incorporates the new-generation Mitsubishi Dynamic Shield design concept. This has strong angular lines that certainly suit this market segment’s buyers. It also has a higher bonnet and beefier-looking bumpers and lights. The sides incorporate extended wheelarch flares.

Inside, Triton has been given a slightly higher quality look to appeal in particular to private buyers. There are soft pad materials, stitching on the console, armrests and parking brake. 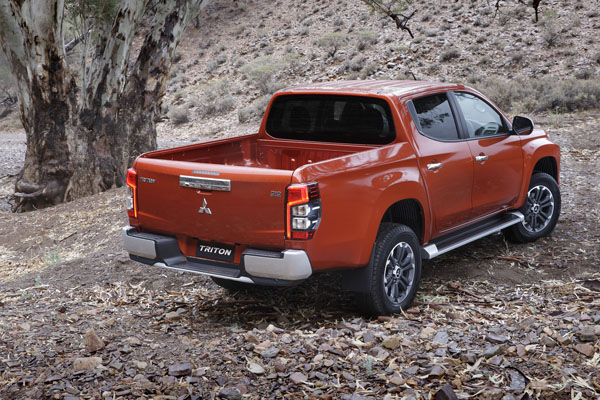 Details of the engine have yet to be provided, which suggests it’s the same grunty 2.4-litre turbo-diesel that has been around for a while. We anticipate it will have been upgraded in power and torque and may have lower emissions and consumption.

What we have been told is that the automatic transmission is now a six-speed unit in place of the current five-speed.

New Triton 4WD models are fitted with either Mitsubishi’s respected Super-Select 4WD, or Easy-Select 4WD. Both 4WD systems use a new Off-road Mode which has Gravel, Mud/Snow, Sand And Rock (in 4LLc only) settings.

When engaged, Off-road Mode integrally controls engine power, transmission and braking to regulate the amount of wheel slip and maximise all-terrain performance and self-extraction performance in mud or snow.

Braking has been improved with the fitment of larger front discs and calliper pistons. Similarly there are comfort enhancing changes by way of larger rear dampers which contain more damping oil.