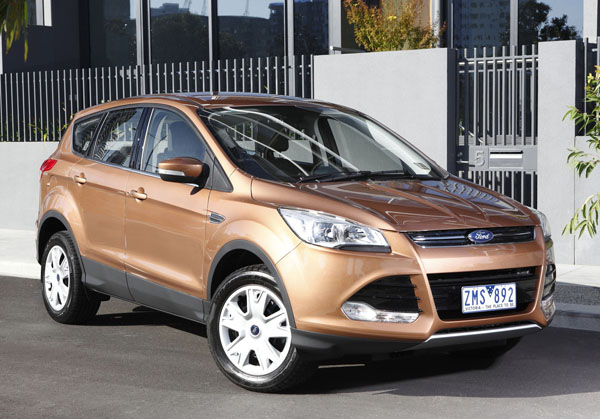 Ford Kuga is an SUV of the modern type, that is it’s aimed at the suburban user than the bush basher.

However, some Kugas have have the added traction of all-wheel-drive and can be used tackle bush tracks and fire trails. Others are purely two-wheel drive vehicles.

Kuga replaced the Ford Escape – which was a genuine 4WD – in February 2012. Ford Australia had been slow to realise buyers wanted crossovers and the 2012 model had been on sale in Europe for four years before it reached us downunder in.

The first Kuga was only imported in its upmarket variants and powered by a 2.5-litre turbo-petrol engine with 147 kW of power. This unit is related to the hot Focus RS. It’s a bit of a gas guzzler, but great fun to sit behind.

That first Kuga was discontinued here in April 2013 and replaced by one that was virtually all-new. More interior space is a big feature of the second generation. Cleverly, the rear seats not only have more legroom, their backs recline over a 10-degree range, allowing you to juggle between luggage and passenger space. In any case, the cargo area is larger than that in the 2012 model. 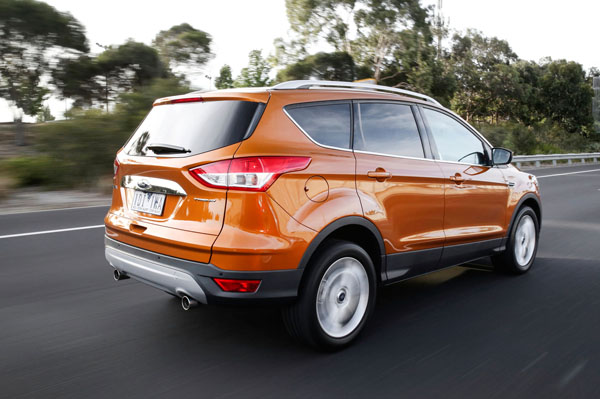 Ride comfort is pretty good and the Kuga has little trouble coping with most rough backroads. However, the suspension travel isn’t always long enough to cope with really bad surfaces and there can be some bottoming out.

Handling is good in the original series Kuga, and even better in the second generation.

Ford’s voice-activated Sync system allows hands-free operation. A major safety feature is that Sync can operate an Emergency Assistance (EA) system that, when there is a Bluetooth-paired smartphone, sends out an emergency call when either an airbag is deployed and/or the car’s emergency fuel shut-off activated, 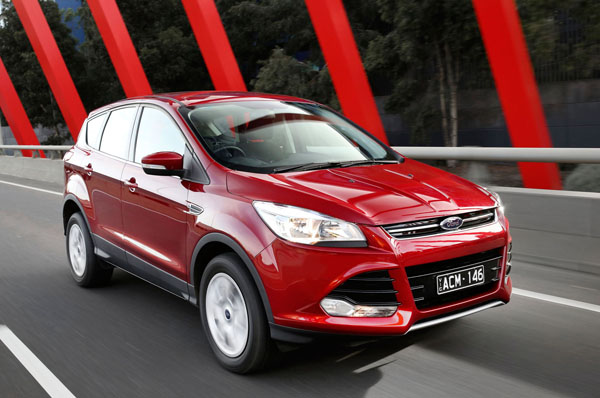 Ford has been in Australia for almost 100 years and has dealerships all over the country, even in very remote areas. Not all of the outlying ones will have spare parts for Kugas, but can generally have them freighted in within a couple of business days.

Kuga is relatively easy to work on, but as with all modern cars there are complex areas that should only be handled by professionals. Keep clear of any items that affect safety.

Insurance costs are generally about average for this class. Shop around, but keep in mind it’s better to build up a good history with one insurer than to save a few dollars by shifting from year to year.

Ford Australia introduced a facelifted Kuga with added technology in mid 2017 but gave it a new name, or rather an old name. It became the Ford Escape again. We won’t examine this model in this used car review, but will come to it a year or two down the track.

WHAT TO LOOK FOR
Off-road use in unlikely, but some adventurous souls may have taken all-wheel-drive Kugas onto dirt tracks and forest trails, perhaps even had a go at beach driving.

Look underneath for signs of damage, serious mud and dirt, even sand. Scratches on the doors and bumpers area other signs a Kuga has tackled the Aussie bush.

Check the engine starts promptly and idles smoothly as soon as it kicks over.

Automatic transmission should be fuss-free and automatic changes should be all-but imperceptible.

Manual gearboxes should be smooth and quiet. Check the oft-sed third-to second gear quickly and make sure it doesn’t baulk or crash.

Check the cabin and boot thoroughly for parts that don’t fit correctly and/or have been damaged by bored kids.

During your test drive listen for squeaks and rattles from parts in the cabin.

CAR BUYING TIP
Unless you’re a trained mechanic and panel beater don’t think of buying any car without a professional inspection.