In an interesting move Lexus will import only hybrid versions of its Lexus ES 300. Now in its seventh-generation the Lexus ES is being offered in Luxury and Sports Luxury grades.

Compared with the outgoing gen-six Lexus ES power has been increased by almost six per cent, to 160kW while fut fuel consumption has been reduced by 16.4 per cent, to 4.6 litres/100km as measured on the Australian combined cycle.

A new-generation 2.5-litre petrol engine is among the most thermally efficient engines in a production vehicle. It is linked to an electric hybrid system with components that are smaller, lighter and more efficient than in the outgoing model.

In an apparently odd move the Japanese company that has made its name by providing near-silent running now offers drivers the chance to turn on an ‘active sound control’. This generates an audio feedback that gives the aural effect of up and downshifts like those experienced with a geared automatic transmission. We will comment on this when we borrow a road test car from Lexus. 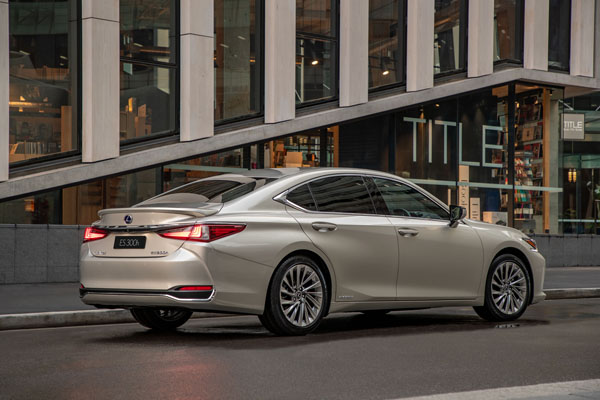 Alloy wheels are standard; 17-inch for the ES Luxury and 18-inch under the Sports Luxury. To counteract noise that can be generated by low-profile tyres the 18-inch wheels have a hollow rim structure to help reduce the noise.

The Lexus Remote Touch Interface pad has been redesigned and gains vibration feedback.

Heated front seats in ES Luxury offer 10-way power adjustment. In Sports Luxury, they are also ventilated. There’s 14-way adjustment for the driver’s seat and 12-way for the passenger seat. 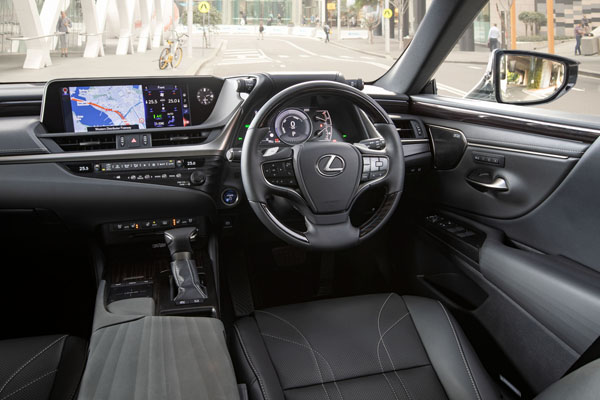 Rear headroom has been improved while luggage space benefits from the hybrid battery being relocated under the rear seat.

New ES 300h is equipped with the latest active safety and driver assistance technologies from the Lexus Safety System+.

New features include daytime cyclist detection as part of the comprehensive pre-collision system. Already capable of detecting oncoming vehicles and pedestrians, the system has also been enhanced to detect pedestrians at night.

All-in-all the stylish new Lexus ES sounds like a most impressive vehicle and sells for a moderate price for this prestige class.