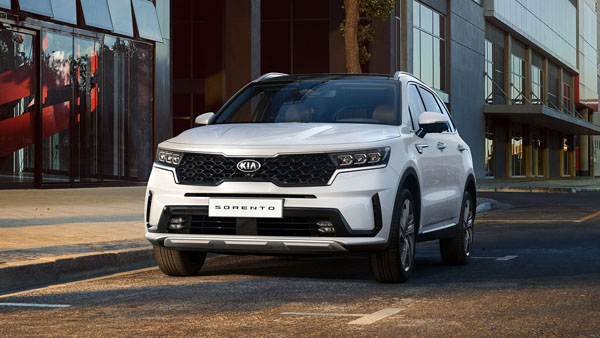 Kia has provided extensive details of its Sorento SUV that’s coming to Australia in several stages from June this year.

It’s bang up to date, being the first vehicle to be based on Kia’s new-generation ‘N3’ midsize SUV platform. It will be Kia’s most high-tech car ever, thanks to its progressive connectivity, driver assistance and infotainment technologies.

The front of the Sorento evolves with a new interpretation of Kia’s hallmark ‘tiger nose’ grille, displaying a wider shape that wraps around the integrated headlamps. The headlamps themselves feature a new ‘tiger eye’ LED daytime running light.

It is 10 mm longer than its predecessor (now 4810 mm), but has shorter front and rear overhangs. The additional length is found in the wheelbase which has grown by 35 mm to 2815 mm. Height is up by 10 mm. 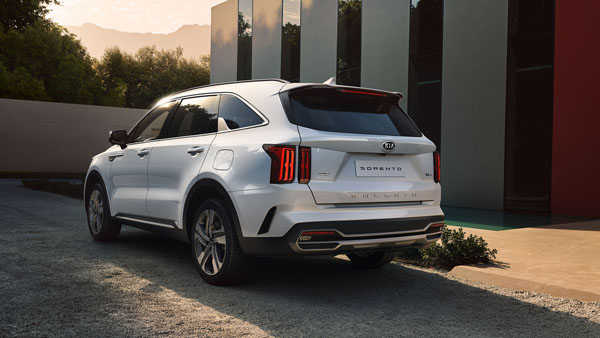 The cabin introduces a next-generation design based around twin digital displays in the dashboard. The 12.3-inch digital driver instrument cluster is twinned with a 10.25-inch touchscreen infotainment and navigation system at the centre of the dashboard.

Upmarket features in the higher grade models includes a Mood Lighting system that emits soft ambient downlighting from beneath the dashboard and door trim.

Aided by the platform’s longer wheelbase, the second-row seats now slide up to 45 mm further, creating a wider point of entry to the third row with more space for feet and legs. 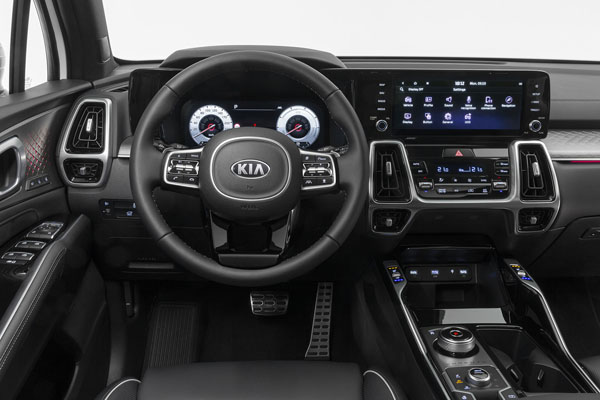 New for the fourth generation, the latest Sorento model offers enhanced all-terrain capability thanks to a new Terrain Mode. Paired with the optional all-wheel drive system, Terrain Mode makes the Sorento more capable than the superset model in mud, snow and sand.

The infotainment system also allows Bluetooth smartphone pairing for two phones concurrently, enabling separate phones to be used for, for instance, phone calls and music, while front passengers can also plug in their mobile devices via two USB chargers.

Two USB charging sockets are integrated into the backs of the two front seats, with a third found at the rear of the front-row centre console. Both third-row passengers also have their own charging points, meaning all seven passengers can keep their mobile device charged.

The Sorento is fitted with up to seven airbags (dual front airbags, dual front seat-mounted side airbags, side curtain airbags with rollover sensor, and front centre airbag). The front-centre airbag is clever in that it prevents the driver and front passengers heads coming into contact during a collision.

Australian sales of diesel models will commence in June while the petrol models will be available in the fourth quarter of this year.

As with all Kia models new Sorento will be covered by the 7-year unlimited kilometre warranty, 7-year capped price service and 7-year roadside assist.