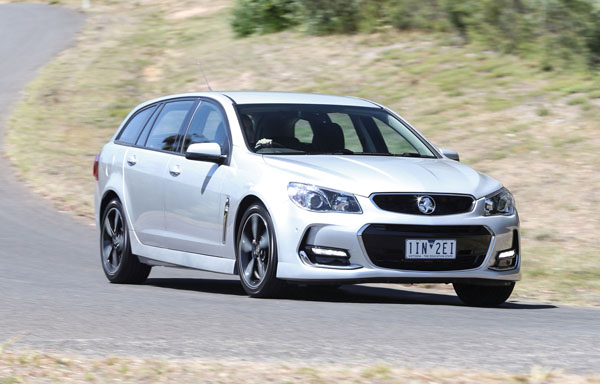 Holden has released details of the NG Commodore station wagon (Sportwagon in Holden terms) telling us it will be spacious, refined and offer exemplary safety.

The upcoming Holden Sportwagon will have its world premiere in Opel guise at the Geneva Motor Show on March 7th and will go on sale in Australia at a date yet to be announced in 2018. Hopefully that will be sooner rather than later as the Holden Australian factories are closing their doors in late October this year.

The NG (Next-Generation) Holden Sportwagon will be the most advanced Holden ever, with technology such as autonomous emergency braking, adaptive suspension, adaptive cruise control and matrix lighting. Not all items will be standard in every NG, Holden will release details on this closer to launch time.

Well aware that buyers are leaning towards SUVs instead of station wagons, GM Opel and GM Holden stylists have remained close to the shape of the Opel Monza concept. It has a standout grille framed by sculpted headlights. The signature ‘blade’ styling starts in the front doors and sweeps towards the rear.

The wagon on which Commodore is based, the upcoming Opel Insignia Sports Tourer is up to 200 kilograms lighter than the current Commodore, depending on powertrain and trim. It’s also slightly smaller than the outgoing Commodore wagon, but has similar legroom and headroom, though interior width is slightly less. 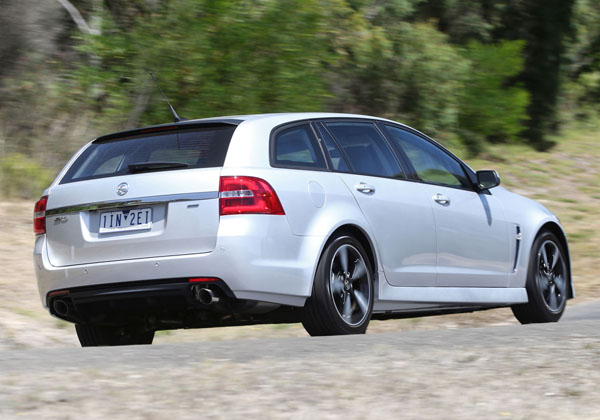 All-new Commodore Sportwagon is a big vehicle with up to 1640 litres of boot volume. In order to make loading as easy as possible when you have your arms full, the tailgate can be opened and closed with a kicking motion under the rear bumper. Let’s hope the GM people have their system better sorted than other makers, whose ‘kick’ feature can be a bit hit and miss at times.

Drivetrain line-up is the same as in the Commodore five-door hatchback, with four-cylinder turbo-petrol and turbo-diesel options.

It comes as no surprise that the big emphasis on the initial media information is on the sporting Commodore flagship model. It will come with a 3.6-litre V6 engine putting out 230 kilowatts of power and 370 Newton metres of torque through a nine-speed automatic transmission to an all-wheel-drive system. Adaptive suspension technology and torque-vectoring will further add to its dynamic ability. 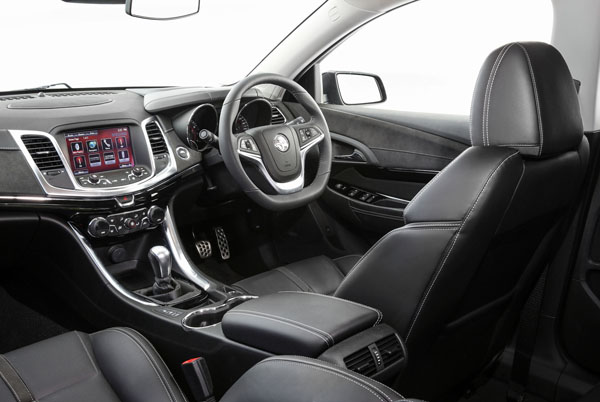 Engineered in Germany and to be sold in other markets as the Opel Insignia, new Holden Commodore has a significant amount of Australian engineering input.

Holden tells us it will have a world-first ‘Twinster’ all-wheel drive system, and a nine-speed automatic transmission.

Driver assistance systems include a head-up-display, with information on speed, traffic signs, set speed of speed limiter, or navigation direction is projected onto the windshield.

Adaptive Cruise Control, Lane Keep Assist with automated steering correction, and Lane Departure Warning. The latter gives gentle steering wheel movements (and LDW alerts if necessary) to help save lives of the ever increasing number of drivers who are spending more time looking at messages on screens than on the road ahead.

Rear Cross Traffic Alert uses radar sensors in the rear bumper to detect objects coming from up to 20 metres at 90 degrees from the left or right side behind the vehicle. An excellent safety device when reversing out of a parking spot with limited visibility.

We can’t wait to hear more on the the next generation Commodore. We will bring further information as it’s released by Holden, and, best of all, driving impressions as soon as we can get behind the wheel.