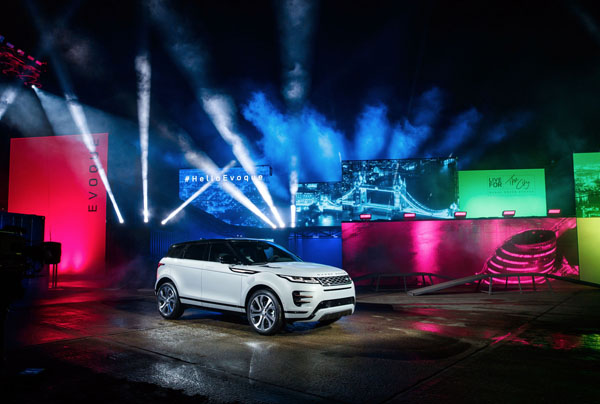 Where else would you choose to reveal the new Range Rover Evoque but in London’s ultra creative East End?

British activist and model Adwoa Aboah wore a specially commissioned dress designed by Ashley Williams, crafted using the Evoque’s suede-cloth textile. This interior textile is made from recycled polyester microfibres, from items such as plastic bottles; in fact the equivalent of 53 plastic bottles go into each vehicle specified with these seats.

And British luxury brand Mulberry has created a travel collection specifically for the new Evoque. The Weekender bag is quilted with the car’s grille pattern using the same sustainably-sourced Eucalyptus material featured on the car’s interior.

New Range Rover Evoque’s shape is an evolution of the original, particularly the downward slope of the roof to the rear and the rising waistline. The rest of the shape is smoother than in the gen-one Evoque, with a tall bonnet and large grille. 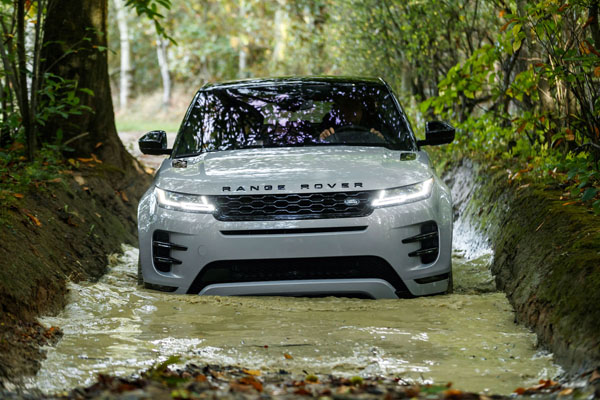 Evoque is slightly shorter than before, but a longer wheelbase makes a large interior, with 200mm extra rear kneeroom being a major feature.

A large glove box and a centre cubby that can now take tablet devices, handbags and bottles with ease are features probably not thought of in the original 2010 Evoque design.

Fascinating features are a ‘see through bonnet’ that projects camera imagery onto a touchscreen to give the driver a 180-degree view under the front of the vehicle. Very handy in ultra tough off-road conditions. 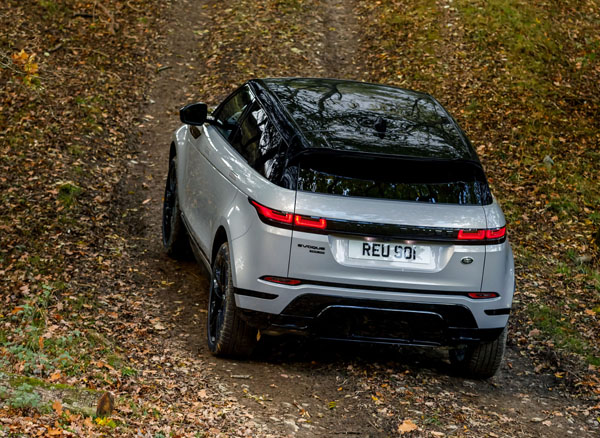 Similarly you can see through back seat occupants and headrests by way of a rear-view mirror that turns into an HD screen displaying a camera feed of what’s behind the vehicle.

The new Evoque has an even stiffer body to ensure the ride comfort and refinement buyers expect of every Range Rover model.

Power initially comes from petrol or diesel engines. The range will be expanded when mild hybrid and plug-in hybrids are introduced later in 2019.

Ground clearance is 212 mm, while approach and departure angles are 25 degrees in the front and 30.6 degrees in the rear. Evoque can now wade through water up to 600 mm deep, up from the already impressive 500 mm of the outgoing model.

Terrain Response 2 as used on the full-size Range Rover is standard for the first time on new Evoque models with AWD and automatic transmission. This automatically detects the surface being driven on and adjusts the set-up.

New Range Rover Evoque is available to order in Australia now, priced from $64,640 plus on-road costs for the 110kW turbo-diesel. Deliveries will begin in the second quarter of 2019.