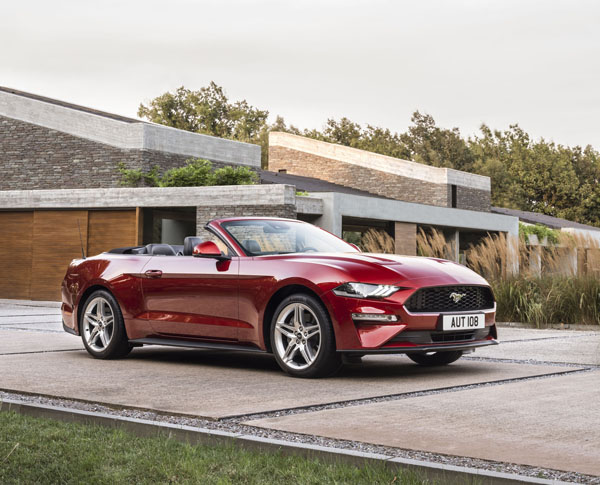 A significantly upgraded Ford Mustang GT V8 was launched four months ago, now it has been joined by the revised lower-cost Ford Mustang EcoBoost.

Though the thought of a four-cylinder engine in a Mustang is anathema to some, there’s a lot to be said for the driving dynamics of a lighter, better balanced Mustang.

The 2019 Mustang EcoBoost has a high-tech direct-fuel-injection 2.3-litre that uses a twin-scroll turbocharger. Producing 224kW of power and 441Nm of torque it is mated to a six-speed manual or an optional new 10-speed paddle-shift automatic. 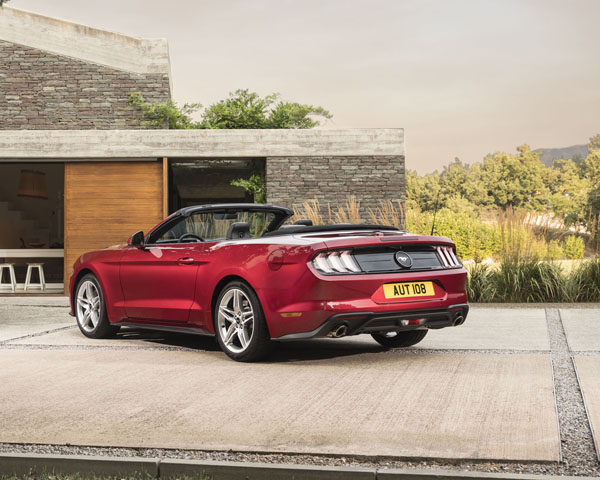 Even its exhaust note can be adjusted using a fully variable soundtrack to match the entire acceleration range. Four modes are on offer: Normal, Quiet, Track and Sport, tailoring the exhaust note for every occasion.

Available in convertible and sleek Fastback body styles, Mustang EcoBoost has a lower, remodelled bonnet and a tougher looking grille. They have a new bumper, fascia and an optional performance spoiler. It rides on 19-inch black alloys, though which the big Brembo brakes are clearly highlighted.

For the first time, the entire Mustang line-up features all-LED front lights and there are revised LED taillights. a black rear diffuser houses quad-exhausts, with rolled finishing.
Inside are higher quality finishes and smart design elements on the dash and console coverings and there’s a revised spun aluminium look dash applique.

A new 12-speaker 1000-Watt B&O Play audio system is standard on Mustang EcoBoost. It drives through a 10-channel amplifier that has been specifically tuned for the car.

New technology updates for Mustang include a 12.4-inch all-digital LCD instrument cluster with displays that can be customised the displays for Normal, Sport and Track modes. Drivers can also choose colour and gauge layout settings.

Note: These prices do not include government or dealer delivery charges. Contact your local Toyota dealer for drive-away prices.