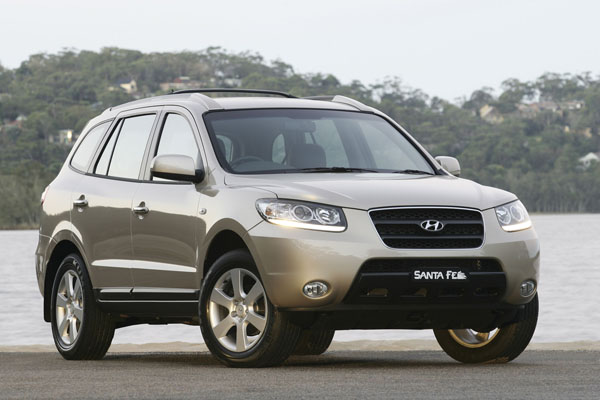 The recent launch of the fourth generation Hyundai Santa Fe has created a lot of interest in this booming market segment. This has resulted in the many older Santa Fe models being traded in. If a Hyundai dealer has been overwhelmed by these trade in you might be able to pick one up at a lower than normal price as stocks are being cleared. No promises, though…

Hyundai Santa Fe began its life in the early 2000s as a real 4WD, not simply an SUV. However, the South Korean giant realised that buyer preferences were for a large wagon with some unsealed-road capability and therefore more on-road comfort.

So in this used car feature we are looking at the gen-two models launched in May 2006. It was larger than its forebears and a third-row seat option was offered as an option.

The third generation Santa Fe, reached us in October 2012. It is longer and wider than its predecessors, hardly a surprise these days. Seating in the front two rows is spacious, though it can cope with adults in row three it’s better left to the kids.

This model received a midlife makeover in November 2015 with a facelift, fresh interiors, an advanced range of active safety features and and upgraded communication and entertainment technology. 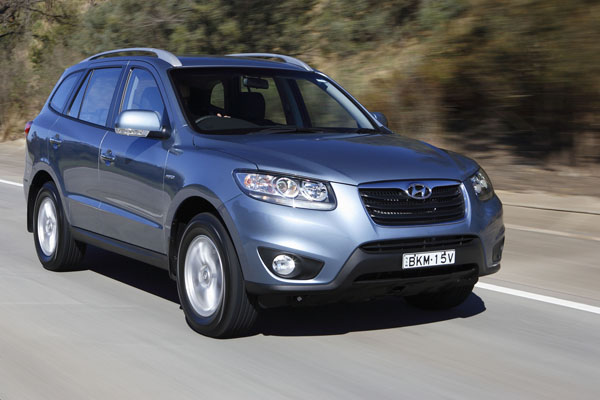 Ride comfort is generally good and was noticeably improved with each new model. Over the years more and more input from Australian suspension engineers was incorporated in the Santa Fe. This means pretty good road handling without any real loss of comfort.

In the bush the Santa Fe copes well with rough and read back roads as well as corrugated dirt tracks. However, full-on bush bashing is not recommended.

Four-cylinder 2.4-litre petrol engines in the 2012 Santa Fe range are impressive units, particularly after it received a big upgrade in the late 2015 upgrade.

Hyundai also offers Santa Fe with a 2.2-litre turbo-diesel engine. The potential fuel savings make it worth hunting down, but be aware servicing costs can be higher.

Santa Fe is simple in its mechanical design and the good home mechanic will find that they are able to do much of the work. It always pays to have a good workshop manual at hand. Don’t attempt any safety related work unless really know what you are doing. 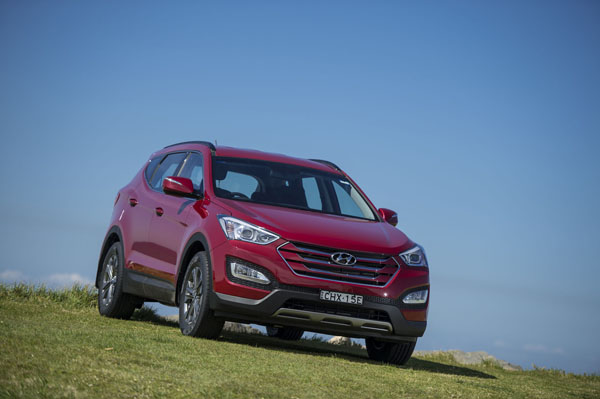 The Hyundai Australian dealer network is large. Dealers aren’t that common in the bush, but the number is growing steadily. Check your local area to make sure spares and service are on offer close handy.

Spare part prices are about average for this class and we seldom here of any real problems with them being in stock.

Insurance charges are moderate, though there does seem to be a bigger than average spread of premiums between companies. It’s worth taking the time to shop around for the best deal, as always make sure you do an accurate comparison.

WHAT TO LOOK FOR
Build quality is generally good, but there can be the occasional rough one.

Check that the engine starts easily, that it pulls well and doesn’t hesitate when accelerated suddenly.

Make sure the transmission operates smoothly and easily and that there are no odd noises from the driveshafts and universal joints.

Santa Fe began its life a fair dinkum off-road vehicle, though it has been toned down by the period we are covering here. Nevertheless a few are still used in harsh bush running. Check the condition of the body corners and doors sills are often the first to suffer.

Look at the protection plates under the vehicle for damage. Serious problems here mean you either pass up this Santa Fe or get it for a low price. Insist on a professional inspection if you do continue.

Look for fine scratches in the paint where it has been squeezed past branches during off road trips. Deeper scratches are likely to have been caused by trees or rocks and may require expensive panel repairs.

Salt water picked up during a trip to the beach. Salt water can create corrosion very quickly if it gets under the paint.

CAR BUYING TIP
It makes a lot of sense to shop around for finance and insurance with the same attention to detail you give to choosing the vehicle.