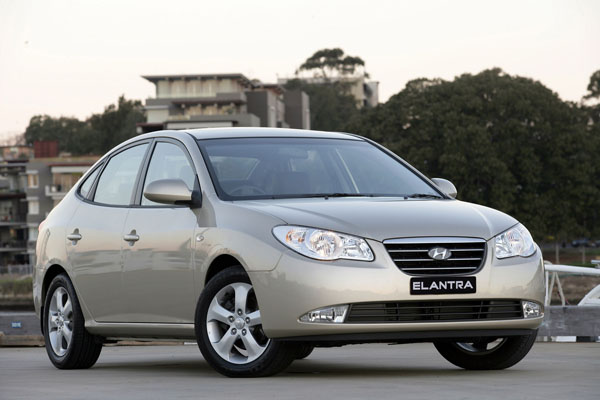 Medium hatches tend to dominate their market segment, but some buyers still prefer traditional four-door sedans over hatchbacks. Hyundai i30 hatch has been a big seller for many years in Australia, but the i30 sedan, confusingly called Elantra, is well worth consideration.

Interestingly Hyundai Australia did briefly consider renaming Elantra as the i30 sedan, but that never did happen.

So keen was the local Hyundai importer that it persuaded its South Korean head office to launch the fourth generation Elantra on Queensland’s Gold Coast in August 2006. Journalists came from all over the world to drive new Elantra here.

Styling at that times was unashamedly Korean, with the sort of lines that didn’t appeal to Aussies. The fifth generation Elantra, from July 2011 is more European in style. Then from February 2016 the gen-six Elantra arguably led the way on the international market with lines that some European cars look to be following – how things change…

It is not just the styling that’s making Hyundai Elantra stand out. The South Korean marques – Hyundai and Kia are allied with one another – are starting to lead the world in build quality, owner satisfaction and reliability.

And also in handling prowess, with Australian engineers being more and more involved in the steering and suspension departments during the design stages. You wouldn’t call Elantra a sports sedan, but for its class it’s not too bad. (See later note on Elantra SR Turbo.)

Elantra is almost a full four-seater for adults in its latest iteration, with each new generation providing a slightly larger car with a bit more interior space. Headroom for tall travellers may be limited, especially if a sunroof is fitted, so take your teenagers along for a test drive before settling on an Elantra. BTW, three kids in the back seat will have room to move, especially in the later generations.

Power for the gen-four Elantra comes from 2.0-litre engine matched with either a five-speed manual or four-speed auto.

A new generation four-cylinder 1.8-litre engine arrived in the gen-five Elantra, power was transferred to the front wheels though manual or automatic transmission, both with six forward ratios. This responsive unit and added gears improved performance and reduced emissions.

An improved version of the 1.8 arrived with the next generation Elantra in 2016. Its capacity was increased to 2.0 litres. It also had a six-speed manual or six-speed auto. 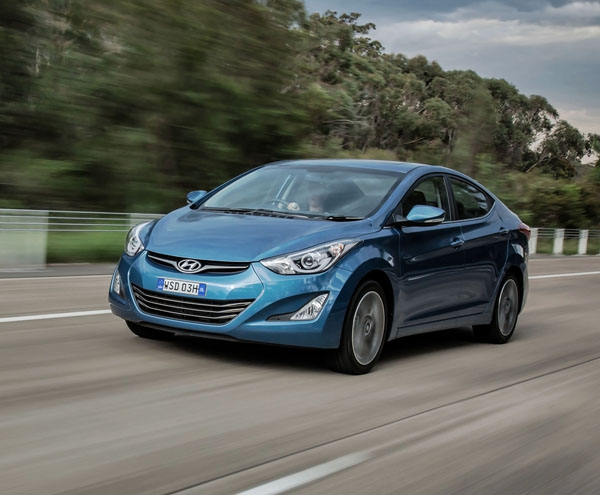 October 2016 saw Hyundai stick a toe-in-the-water with a medium-performance model called the Elantra SR Turbo, we’ve yet to see any of these on the used-car scene.

Since the early rough and ready days Downunder in the mid 1980s, Hyundai has improved out of sight and is now a major player on our market. There are multiple dealers in all large metro cities, with ever increasing representation in country cities and large towns.

Insurance is about average in this class, though, as always, it pays to shop around.

WHAT TO LOOK FOR
We haven’t seen many ex-rental Hyundai Elantras, but be wary of any with a lot of kilometres on the clock.

Seat trim and boot mats that are in poor condition may intricate an uncaring owner. It’s possibly also a sign of an ex rental car.

Make sure that all electrical items work correctly. Using the owner’s handbook instructions is the simplest way to make sure you cover everything.

A manual gearbox which crunches on fast downchanges could be due for an overhaul, or there may be a clutch problem. The common third-to-second is the first change that generally suffers.

CAR BUYING TIP
Unless you’re a professional in the auto industry don’t even think of buying any car without a full inspection from an experienced mechanic or engineer.