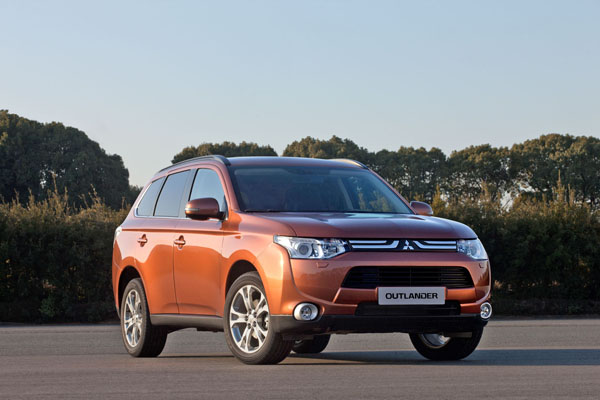 Mitsubishi Outlander is larger than average for its SUV class and can be ordered with five
or seven seats. It’s been on sale Downunder since February 2003, in this Checkout we will
cover models from January 2012 as these are noticeably more refined than earlier ones.

On-road the Mitsubishi Outlander is capable and generally quiet and comfortable to ride in.
Some owners complain about the amount of tyre noise on coarse-chip roads, others say
they don’t really notice it.

Styling was conservative in these 2012 Outlanders, that is until the April 2015 facelift when
it received a striking version of the Mitsubishi’s Diamond Shield front as well as revisions
to its tail treatment.

In January 2017 Outlander gained a better on-road ride thanks to significant changes to
the suspension, some of them based on Australian engineering feedback. It still kept its
off-road ability and owners we know have done several moderately serous bush trips with
no problems.

Apple CarPlay and Android Auto got tech updates in that 2017 upgrades. Safety items
were again revised.

Inside Outlander, there’s space for two adults and three children with good legroom and
head space. Three adults can be carried in the back seat, but may find themselves being
on the squeezy side. 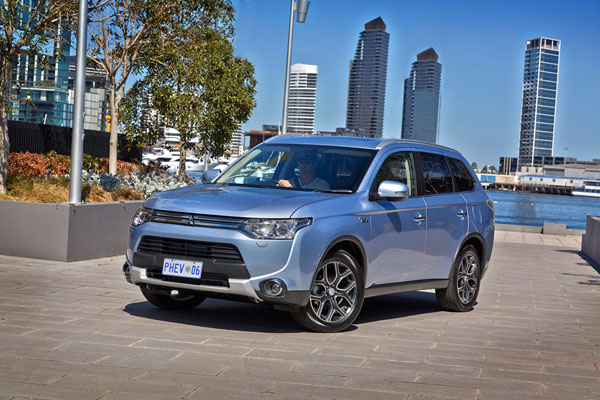 The optional third-row seat is strictly for small kids and, even then, isn’t particularly
comfortable. It steals most of the luggage area, but that’s not unusual in this class.

Powertrains are 2.0-litre petrol in the 2WD. Transmissions are five-speed manual and CVT
automatic. The AWD models have a 2.4-litre petrol to provide more grunt if taken off-road,
all are CVT autos. Turbo-Diesel power from a 2.2-litre unit mated to a torque convertor
auto with six forward gears.

Then there’s the Mitsubishi Outlander PHEV (Plugin Hybrid Electric Vehicle). It first arrived
in Australia in 2014 and received a range of revisions midway through 2017 to give it
added range and faster charging.

Mitsubishi Australia is well-established in Australia having been here since 1980. It has a
large, well-organised dealer network that’s widespread. Due to the company’s ongoing
success in the SUV and 4WD market there are more dealers in country areas than is
usual.

We’ve heard of no major complaints about spare part pricing or availability.

A good amateur can do a fair bit of their own work. Safety related items should only be
done by qualified professionals. 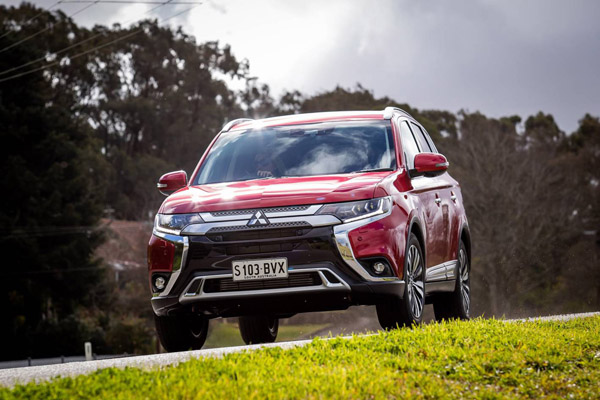 Insurance rates seem to vary more than normal among the major companies so it’s worth
shopping around for the best deal. Make sure you are doing accurate comparisons.

WHAT TO LOOK FOR
Outlander is well-built and generally reliable but, as always, we recommend a professional
inspection after you’ve done initial checks.

Though it’s nominally a 4WD few Outlanders are taken off road so if you see any signs of
body damage – check the lower corners of the bumpers and the door sills – it’s probably
best to look for another one.

A powerplant that’s reluctant to start when cold, or which hesitates at any time is a cause
for concern.
Check the front of the petrol engine for water stains indicating possible water pump
troubles.

We have heard of a few problems in early continuously variable transmissions (CVTs).
During your test drive the transmission should be quiet and smooth. If unsure, have a
Mitsubishi mechanic check it out.

Manual gearboxes should be light and smooth in operation. When they eventually wear
out, the change down from third to second is usually the first to give trouble. Listen for
noises and feel for a reluctance to go into gear.

Look over the interior for signs of rough use, particularly in the back seats if kids have run
amok.
We have had some reports of touchscreens that don’t react correctly or become dim at
times.

CAR BUYING TIP
If shopping for a car that’s out of the ordinary talk to club members of that type of car. They
can be excellent source of information.

Ewan Kennedy, a long-time car enthusiast, was Technical Research Librarian with the NRMA from 1970 until 1985. He worked part-time as a freelance motoring journalist from 1977 until 1985, when he took a full-time position as Technical Editor with Modern Motor magazine. Late in 1987 he left to set up a full-time business as a freelance motoring journalist. Ewan is an associate member of the Society of Automotive Engineers - International. An economy driving expert, he set the Guinness World Record for the greatest distance travelled in a standard road vehicle on a single fuel fill. He lists his hobbies as stage acting, travelling, boating and reading.
View all posts by Ewan Kennedy →
Tagged  Mitsubishi, Outlander, pHEV.
Bookmark the permalink.