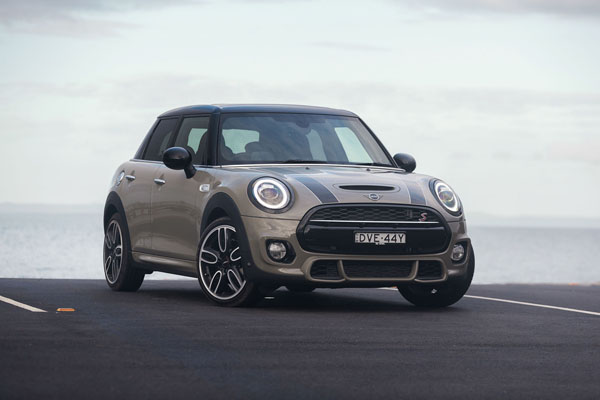 MINI’s midlife makeover (or Life Cycle Impulse in BMW speak) has taken an interesting route in that styling changes are minimal, but technology and infotainment have received major upgrades.

Following on from big-brother BMW models, the updated MINI Hatch and Convertible ranges see the introduction of MINI Connected. This is based on the 4G network and has a touchscreen interface.

Included are Real-Time Traffic Information as well as Remote Services, Connected Services, Tele Services and even a Concierge function.

The MINI Connected App provides send-to-car that lets you share your calendar and contact data to the car, creating navigation and suggesting departure times based on traffic information.

The Remote Services system allows display of the vehicle’s location and fuel level, while enabling the user to flash the lights, lock/unlock the vehicle and even pre-condition the vehicles cabin, all from a connected smart device.

The TeleServices system enables your MINI to communicate with the chosen MINI dealership to share service requirements, triggering a message to the driver when servicing is required.

STYLING
There’s a fascinating 3D design of the MINI logo, used not only on the exterior of the car, but also on the steering wheel, the key fob and the projection lighting.

New design LED lights are standard on the Cooper S and John Cooper Works (JCW) and are optional on the Cooper. The LEDs are integrated into the main headlight fitting and increase both low- and high-beam range. An optional adaptive LED system uses a matrix high beam function that adapts to the road ahead.

Highly distinctive Union Jack styled taillights on Cooper S and JCW are likely to become talking points with the occupants of following vehicles.

Very much a car that demands personalization, the 2019 MINI can be be specified in a new range of colour and trim options. Five exterior colour options: Solaris Orange, Emerald Grey, Starlight Blue, Melting Silver and Chili Red. Contrasting roof colours and striping options almost create the possibility of building a car that’s unique in the true sense of that word. 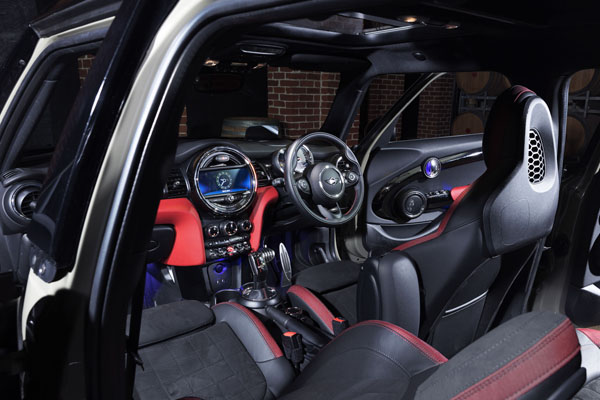 POWERTRAINS
While the MINI’s engines don’t produce any more power or torque careful internal revisions have taken out a little weight to improve their ability to pick up revs and further benefit driveability.

MINI Cooper comes as standard with a six-speed manual gearbox. However a seven-speed dual-clutch transmission is a new option. The Cooper S has a sports-tuned version of this auto, now with paddle shifters for additional control. The JCW’s dual-clutch includes launch control to minimise standing-start times.

DRIVING
MINI arranged a scenic trip out of Brisbane that began in a realistic way by starting off through peak-hour traffic out of the city. It then moved into the hilly areas of the hinterland, eventually finishing by a roundabout route at the Sirromet Winery.

Rather than the anticipated winter sunshine that can be such a pleasure to our southern cousins nature gave us light rain for most of the day. While this could have been boring, driving up hill and down dale through misty mountainous conditions made the cute little Brit cars feel right at home.

Go-cart handling has been a feature of Mini for almost 60 years now and, other than personalisation, has been its number one attraction. The roads were slippery but the four MINIs we tested, including a convertible with, sadly, its top closed all felt just so right. Steering by a combination of the throttle and steering wheel was intuitive, engine lag was minimal and the brakes hauled of speed with ease.

A great day was had by all.