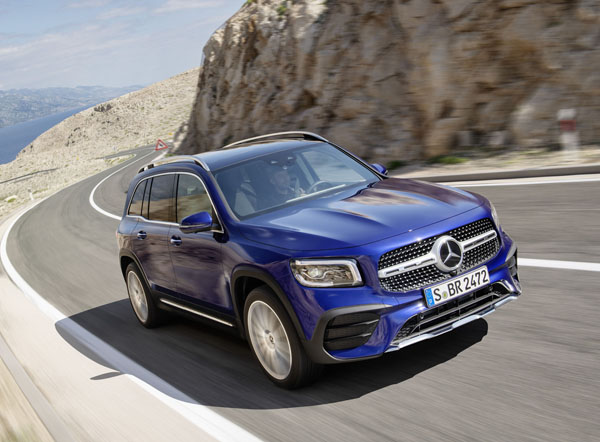 Mercedes has been a major player in the 4WD and SUV fields for many decades. So it comes as no surprise that it has just provided first details of an upcoming new model, the GLB Class.

A large car for this segment, It’s not far short of the GLC Merc, the ‘B’ is long enough for three rows of seats, with seating for up to seven.

It seems that the GLB with five seats and good luggage space is likely to be the biggest selling variant. The load compartment volume ranges from 560 litres to 1755 litres in the five-seater. The second seat row can be adjusted fore and aft to further juggle passenger / luggage space.

A fair bit of this impressive interior space is due to the unashamedly squared-off semi-upright body, rather than the trendy semi-coupe lines of many in late model SUVs. 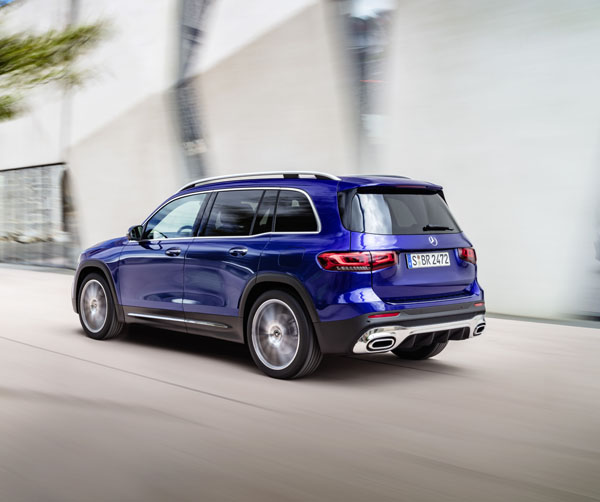 New GLB will feature the MBUX (Mercedes-Benz User Experience) systems. This has all-colour head-up display, navigation with augmented reality, learning-capable software and the voice control which can be activated by saying “Hey Mercedes” are impressive features of the system.

Four-cylinder petrol and diesel engines have been updated for the new GLB Class, with the improvements being carried across to the others in the Mercedes compact model series. Front drive and all wheel drive transmissions will be offered. 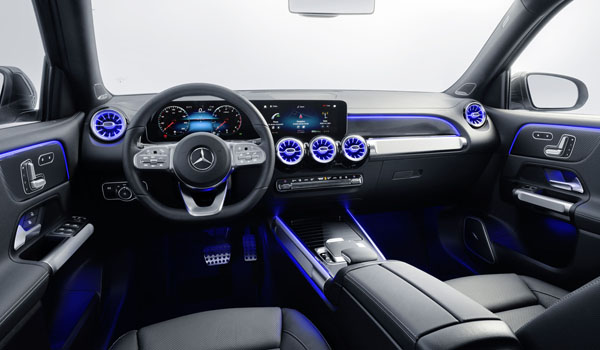 The Australian importer won’t provide any further information other than saying its GLB won’t be here for another year, perhaps even not till the third quarter. Stay tuned and we will bring further information, particularly pricing, as soon as we can.