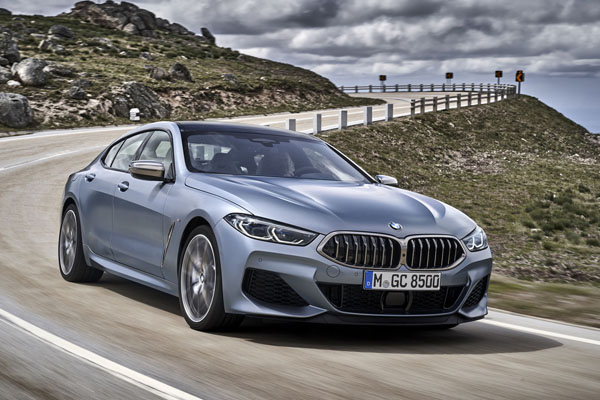 To some purists the idea of a four-door car being called a coupe isn’t acceptable, but things change and the BMW 8 Series Gran Coupe with four doors has been announced.

Joining the BMW 8 Series two door Coupe and 8 Convertible, the Gran Coupe is longer, wider and higher and sits on an extended wheelbase. This provides space for four individual seats, with good legroom headspace front and rear.

However, a tiny third seat is squeezed between the two outer seats and has virtually no legroom. So BMW describes the 8 Series Gran Coupe a 4+1-seater.

The optional panoramic glass roof is an unbroken glass surface extending from the windscreen to the rear window.

The car’s luggage area has a 40:20:40 split/folding rear backrest, whose individual sections can be folded down from the boot using a lever. With a capacity of 440 litres, the boot is big enough to accommodate three golf bags.

The new BMW 8 Series Gran Coupe comes as standard with BMW Live Cockpit Professional. It comprises a navigation and multimedia system, plus a fully digital, high-resolution instrument cluster behind the steering wheel with a screen diagonal of 12.3 inches and a Control Display measuring 10.25 inches across. 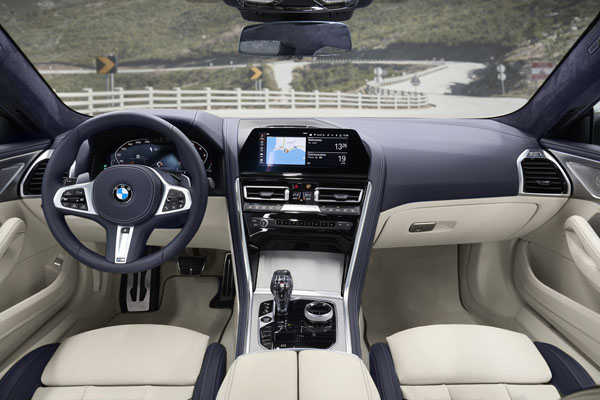 The BMW Intelligent Personal Assistant is activated with the spoken prompt “Hey BMW” and helps the driver to use vehicle functions.

The worldwide launch of the new four-door BMW will commence in September 2019. Australian deliveries will take place before the end of the year. Local models and prices will be set then. It seems unlikely we will get the turbo-diesels here, but who knows.

Stay tuned for further details as we receive them.