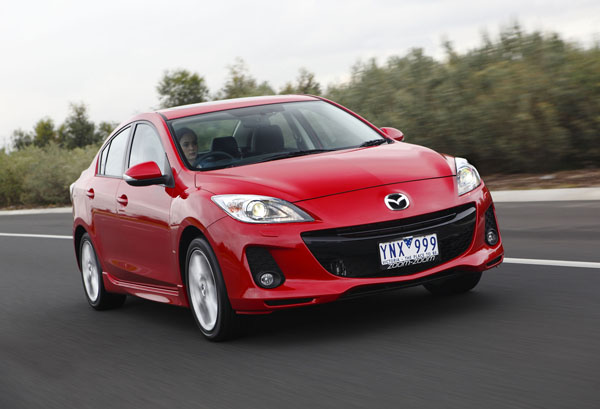 Mazda3 first went on sale in Australia in April 2004, replacing the Mazda 323. A second
generation was launched here in April 2009. We will begin our used car Checkout with that
model as it’s significantly larger and more sophisticated than its honourable ancestors.

Sales were strong from the start and the gen-two was frequently at or close to the top in
the overall sales race as buyers moved away from larger cars. This means that there are
plenty on offer in the used car scene. Take your time, do your homework with diligence
and see if you can’t hunt down the best one in your area.

Excellent styling is arguably the number one reason for sales success, but Mazda has a
well-deserved reputation for building reliable cars and that certainly was certainly in the
minds of potential buyers.

If we thought the ‘Kodo’ styling of the gen-two Mazda3 was good, the third generation
launched in February 2014 took it to an outstanding new level. Bigger, bolder, with a long
bonnet and vertical grille it still looks bang up to date today.

In March 2018 added significant features were added to the Mazda3 and at the same time
revised the names in some models to reflect these upgrades.
Neo was tagged as Neo Sport. Its information system was upgraded to MZD Connect, that
was operated through a ‘command controller’. DAB+ digital was added to the radio and six
speakers were used instead of four. A rear camera further improved safety.
Mazda3 Maxx became Maxx Sport, additionally it has automatic wipers and headlights,
dual-zone climate-control and an electric parking brake. 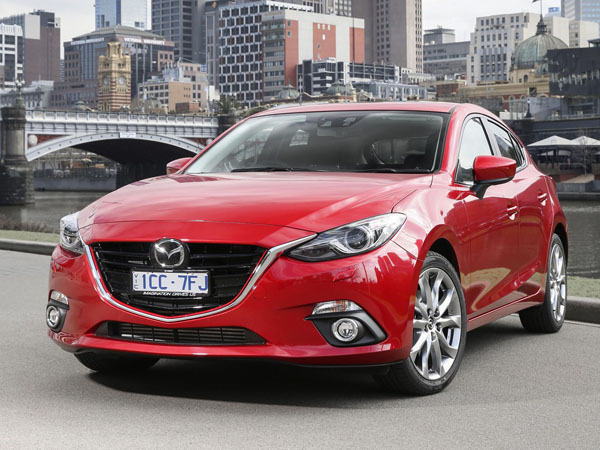 Mazda3 Touring retained its name but had keyless entry.

Mazda3 is built as a four-door sedan and five-door hatch. The sedan is comparatively
conservative in its shape, the hatch comes with a slightly sporty element to its style.

Interior space is good for the small-medium class although you may have to juggle front
seat legroom if you want to carry adults in the back.

The sedan is longer than the hatch so has a larger boot, the hatch has a more versatile
load area.

Ride comfort is good, but rough roads and coarse-chip surfaces created more noise than
we expected. It seems to be worse in the lower cost variants of the Mazda3, perhaps
because some insulation has been left out to trim the price.

Handling is competent enough but certainly not in the sporting department in the standard
ranges. But the SP and MPS are nicely set up for keen drivers.

Most Mazda3 models have a 2.0-litre four-cylinder petrol engine. The sporty Mazda3 SP25
has a 2.5-litre. While it’s not a full-on hot-hatch the SP25 is a willing unit and has
purposeful note when you get stuck into it. A standard 2.5 was introduced with the third
generation. 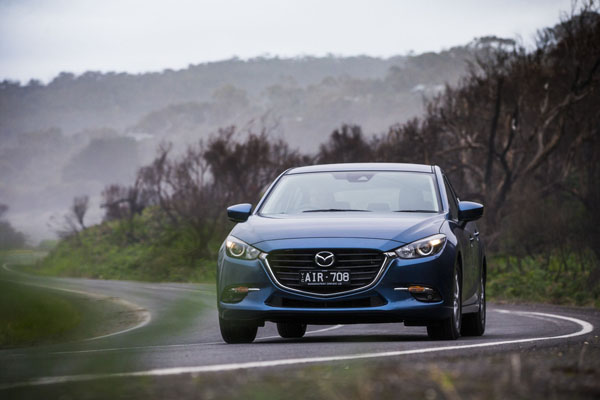 Mazda3 MPS is a genuine hot-hatch with a turbocharged 2.3-litre engine driving the front
wheels. It goes hard, but handling doesn’t match the engine as well as it should.

Turbo-diesel engines were starting to show signs of becoming popular around this period.
Mazda offered a 2.2-litre in the ‘3 but it never sold well because you couldn’t get one with
an automatic transmission. Since then, interest in diesels has died off so you might be able
to get one at a good price. Try haggling…

In a major upgrade Mazda installed its clever SkyActiv engine in the Mazda3 in October
2011. But it’s a toned-down version of the engine as there wasn’t enough room under the
bonnet to fit the lengthy exhaust extractors.

The third generation Mazda3 got the full SkyActiv engine, however it was detuned to run
on 91 not the 95 octane it’s designed for.

Transmission options in the standard Mazda3 are six-speed manual and five-speed auto.
As mentioned, no automatic was offered in the diesel.

Spare parts and servicing costs are about the same as most others in this class.

The cost of insurance in the standard models is about average for this class. However,
insuring an MPS can seriously damage the budget if you are young and/or have a poor
driving record.

WHAT TO LOOK FOR
Make sure that the engine starts easily and idles smoothly. Ideally this should be done
with the engine cold when it has been sitting idle overnight.

Rattles from the engine and/or a lumpy idle may indicate expensive problems.

Check for smoke from the exhaust while the engine is warming up, and again when you
accelerate hard with it at normal temperature.

Be sure that the clutch takes up positively, gearchanges are all light and easy and that
there is no sign of clutch slip.

An automatic that has rough changes and/or which changes at the wrong time, or refuses
to change at all, may need to be serviced. Or it may require major repairs.

Check for crash and dent repairs. Sight along the doors and look for ripples in the finish of
the panels. Tiny specks of paint on non-painted surfaces such as glass, badges and
brightwork probably mean the car has been in a panel beaters shop.

Look for severe tyre wear, particularly on the fronts and especially on the SP and MPS as
they’re often driven hard. If you find this problem it makes a lot of sense to work away from
that car and find another.

CAR BUYING TIP
As we go to press car prices had gone crazily high – new and used – due to overseas
components not being available. This may not be a good time to buy.