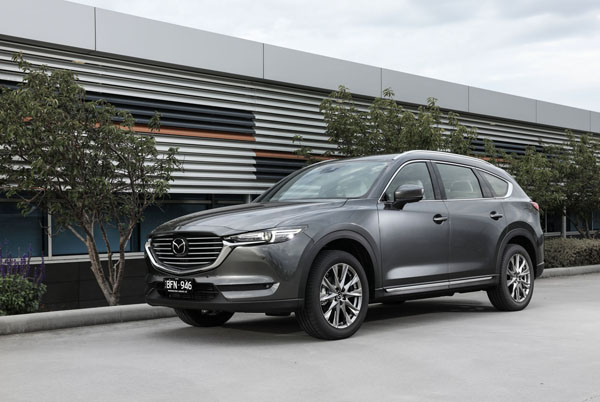 Mazda CX-8 is now offered with petrol power. Previously all came to Australia with turbo-diesel engines. At the same time as introducing the new engine more variants were added, safety was upgraded and convenience have been further improved.

Mazda is promoting it as being for urban owners, while the 2.2-litre turbo-diesel engine is for those planning a lot of country driving. We’re not sure if we agree with that as today’s engines are such excellent units that they can handle just about any type of driving with ease. Anyhow, we will leave it to buyers to make their decisions.

As well as the engines choice the number of variants in the Mazda CX-8 range have been increase from three to eight, with the introduction of Touring and GT models. 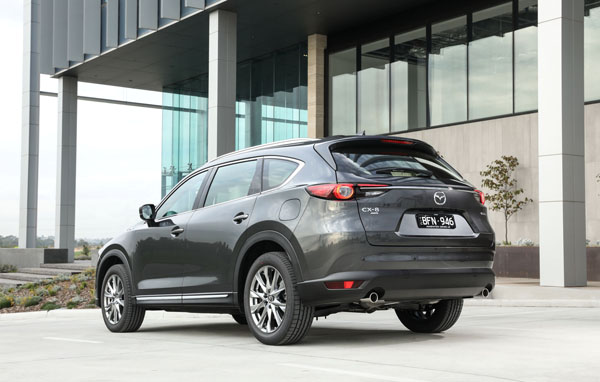 All-wheel-drive models are equipped with Mazda’s newly developed Off-Road Traction Assist function for rough road driving. This works with a traction control system to suppress tyre spin and distribute the right amount of torque to the tyres that the computers sense

Mazda CX-8 Touring and above models now have a one-touch walk-in switch added to the left and right seat cushion sides on the second row. The seats fold down with a single touch making simple work of third row entry and egress.

The third row also gets two 2.5A USB power points in CX-8 GT and Asaki, making it possible to charge smartphones and other devices from any seat. Both grades also add an electric sunroof.

Engineers have further revised NVH quality for this CX-8 2020 update by adding more damping material to the roof to reduce noise in the cabin on rainy days. 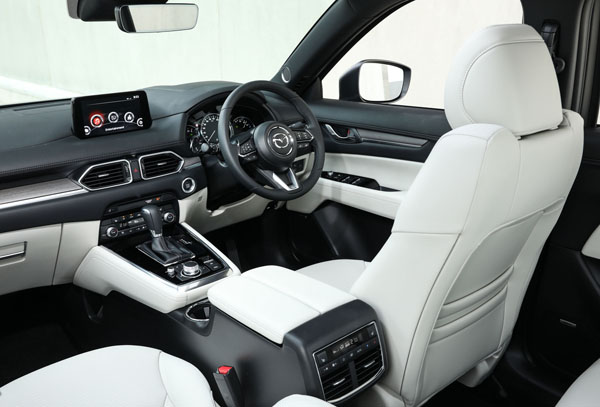 New Mazda CX-8 is on sale now, starting at $39,910 plus on roads for the petrol powered Sport.