MASERATI HOSPITALITY AT ITS BEST 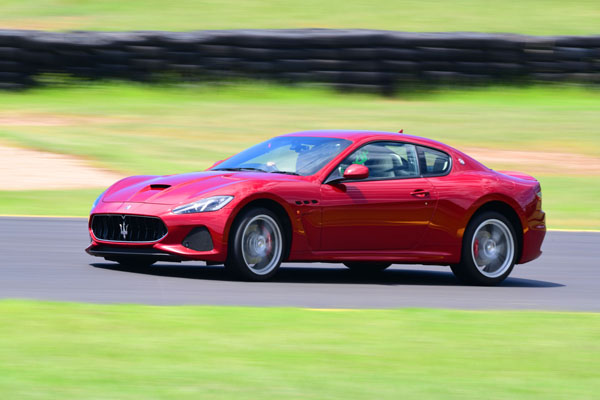 THE EARLY DAYS
My introduction to Maserati hospitality dates way back to the mid 1980s, when a very Italian gentleman called Tony Graziani invited me to his Maserati showroom in Woolloomooloo.

Tucked away in a quiet backstreet behind the upmarket auto-ally of William Street, Sydney it looked, felt and had all the aroma of an Italian coffee shop. Close your eyes and you could imagine you were in downtown Rome.

Maserati owners and would-be owners mixed sipped on an extensive variety of coffees, not to mention enjoying other drinks, told their personal Maserati tales and enjoyed each others’ company.

Senior Graziani, had recently been appointed the Maserati importer for Australia. He smiled when he explained to me that, “The coffee machine came back on the plane with me after I signed the deal with Maserati in Italy – the cars, they came later by ship.”

Talk about getting your priorities right.

A few months later Tony invited me to lunch in one of his favourite restaurants in the The Shire in southern Sydney. I swear he had all four wheels of the Maserati off the ground at the apex of the Captain Cook Bridge… 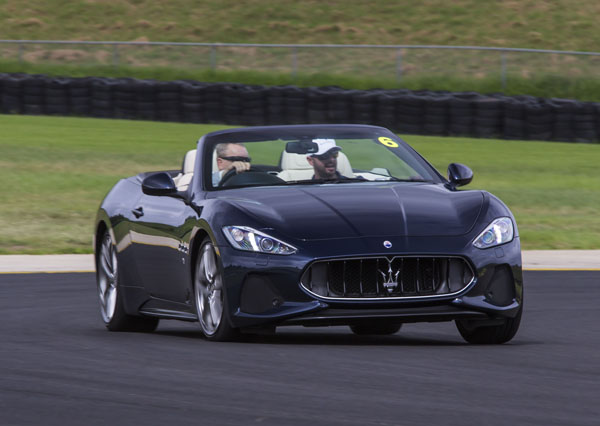 Graziani’s showroom is still there today, now rejoicing under the name of Scuderia Graziani and selling a multitude of upmarket European automobiles. He is no longer the importer as Ateco Automotive holds the reins these days.

FAST FORWARD
Fast forward – and the word ‘fast’ is most appropriate – to 2019 and the Maserati tradition of hospitality continues, with an excellent event called the Maserati Ultimate Drive Day Experience. Maserati owners, and would-be owners, from Australia and New Zealand are invited to an enthralling day of driving, chatting and generally enjoying life the Italian way.

A gaggle of motoring journos was invited along to experience what looked like being a most exciting day.

Again coffee and cars are involved, though the surroundings aren’t quite as glamorous – this time we are in a pit-lane garage at Sydney MotorSport Park (nee Eastern Creek Raceway).

The Maserati people had done a pretty good job of giving the garage a premium look with Maserati memorabilia, models, magazines, paintings, photos and more. And of course plenty of food and drinks.

Our excitement actually started before we go to the track. Outside the hotel in Sydney Olympic Park where we had spent the previous evening dining with Maserati people.

We were picked up in a variety of Maseratis by limousine drivers who had obviously spent the previous evening enjoying The Italian Job movie.

Their antics charging in and out of traffic during Sydney peak hours were crazy, but amazingly no one hit anything and there were only a few near misses.

If anyone was annoyed by our Maserati convoy carving them up, they must have decided discretion was better than valour. After, all they may well have been tackling gangsters on their way to a major Mafia convention…

After a welcome by the personable chief of Maserati in Australia, Glen Sealey, we were given a briefing by the chief driving instructor and introduced to each of the race drivers who had been sentenced to spend their day sitting beside us trying to improve our driving.

A huge variety of cars was on offer: Maserati GranTurismo, GranCabrio, Ghibli, Quattroporte GTS and Levante.

To begin the Maserati Ultimate Drive Day ExperienceWe were divided into three groups: Track, Skid Pan, and Off-road – the latter only with the Levante SUV. (You may have read my recent off-road piece in which I described the Levante as being more than just an SUV, it’s almost a ‘real’ 4WD.)

The Track section began by taking us to the notorious Turns 2 and 3 of Motorsport Park to learn when to brake, back a little off the brakes, turn into the corner, meet the first apex, accelerate briefly, meet the second apex, start to accelerate out, use full acceleration, run all way out to the exit, onto a mid-length downhill straight. Then stop and turn back to do the lesson again, and again.

Sounds complicated? It is, particularly when you have to sacrifice the ideal line on one corner to get the best run at the next one. That’s what racecar driving is all about.

We were later let loose on the track with a professional racer in the passenger seat beside us to teach us the hundreds of tiny details required to try and put together a near perfect lap.

Skid Pan work on an oily smooth surface with sprinklers running is designed to (a) let you be a mug lair and (b) more importantly how to get a car under control again if you’ve made a mistake on the road.

All-in-all a great day was had by all and we highly recommend it to any Maserati owners as well as those serous about buying one. It’s not only enjoyable – it’s free.