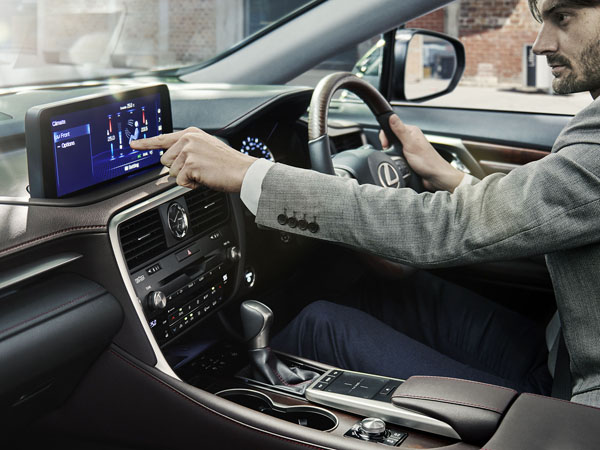 Lexus has introduced a number of new or improved features on its RX SUV, with a particular emphasis on infotainment systems. Safety, especially for cyclists and pedestrians, is another big winner.

In addition to an audible warning, the system can reduce drive force and apply the brakes to reduce the possibility of contact with static objects in the direction of travel, or static objects and moving vehicles when reversing.

Lexus has also fitted a hands-free kick sensor for the standard power-operated tailgate. As well as adding the extra safety of front cornering lamps.