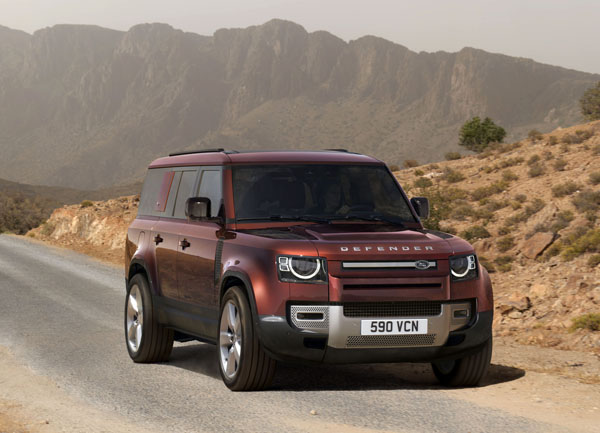 After a gap of nearly six years Land Rover has returned the long-wheelbase 130 version to
the Defender range alongside the shorter 110 and 90 models. As has been the long-
standing tradition the numbers refer to the vehicles’ approximate wheelbase lengths in
inches.

At just under 5.4 metres in length the 130 is an eight-seater in 2-3-3 format with the
second and third rows raised slightly above each other. This together with large windows
and twin sunroofs contribute to an airy interior and excellent visibility.

There are a number of exterior and interior design enhancements as well as a new colour
palette specific to the 130. These, together with the standard Bright Pack and optional
Extended Bright Pack provide a variety of styling enhancements.

Power is transferred through an eight-speed ZF transmission with Land Rover’s Intelligent
All-Wheel Drive (iAWD) system. Off-road it uses Rover’s Terrain Response system, which
allows the driver to adjust to any terrain via an 11.4-inch the Pivi Pro infotainment
touchscreen.

An Electronic Air Suspension system, controlled via a switch panel inside the tailgate,
allows for up to 430 mm of articulation, with 71.5 mm of additional lift at the front (73.5 mm
at the rear) and a maximum fording depth of 900 mm. Ground clearance is 290 mm.

Storage space ranges from 389 litres with all seatbacks in place, expanding to 1232 litres
with the third-row folded and 2291 when both rear seat rows are down. 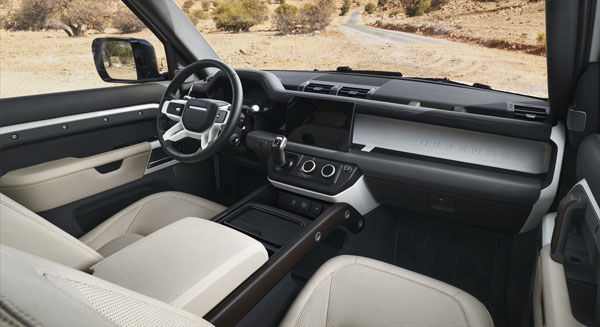 Family buyers will be assured of maximum safety for the kids with five Isofix child-seat
anchors including one in the front passenger seat.

Despite its recent gentrification we still love this tough old Land Rover and we’ll look at
getting into the new 130 for an extended road test as soon as possible.