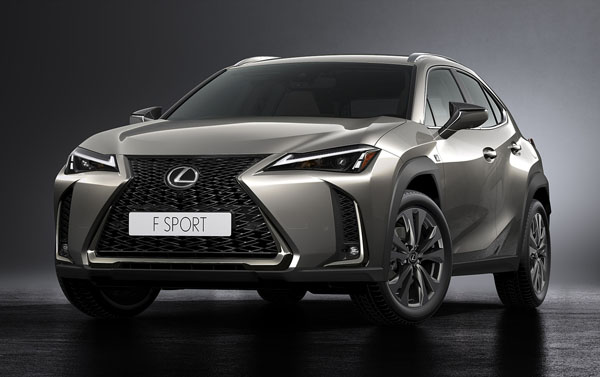 DAB+ digital radio is now standard on the UX 200 Luxury which also now has 10
speakers, two more than previous.

The updated UX 200 has the “Hey Lexus” voice recognition function which can be
activated by pressing the talk button on the steering wheel, the microphone icon on the
display, or simply through voice activation. The system is set up to recognise prescribed
standard phrases through conversational language.

The UX 200 Luxury also gains Lexus Connected Services which provides safety, security
and vehicle information features. These can be accessed by downloading the Lexus
Connected smartphone app which turns a smartphone into a digital key through an
Internet connection utilising a Data Communication Module. 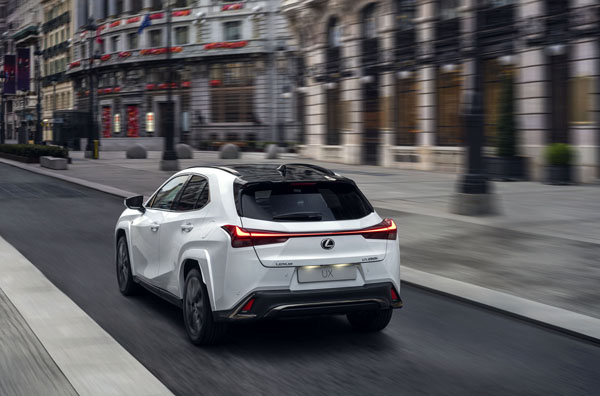 Body coloured wheel arches and aluminium trim for the driver’s footrest add to the sporty
aesthetics. The addition of a brace to the steering gear complements the standard
Adaptive Variable Suspension system and rear performance dampers that quickly absorb
body flex and minor vibrations to further sharpen handling and improve overall ride comfort
and quietness.

The AVS simultaneously maintains a flat posture and absorbs excess shock, even on road
surfaces with a combination of large undulations and minor bumps. This results in
excellent steering response and stability faithful to the driver’s inputs.

Primary among them is the single-lens camera and millimetre-wave radar which have
been improved to expand the response range of the Pre-Collision System, which itself is
designed to detect daytime cyclists and pedestrians in low-light conditions as well as
oncoming vehicles before turns.

The lane-recognition functions of Lane Tracing Assist aids steering to keep the vehicle in
the centre of the lane – have also been improved through the application of AI technologies
that expand the assist range, resulting in smoother and more-continuous steering assist.

A curve speed-control function that can decelerate the UX ahead of an approaching curve
has been added to dynamic radar cruise control (with an all-speed tracking function),
which controls acceleration and deceleration to keep a safe distance to the vehicle in front. 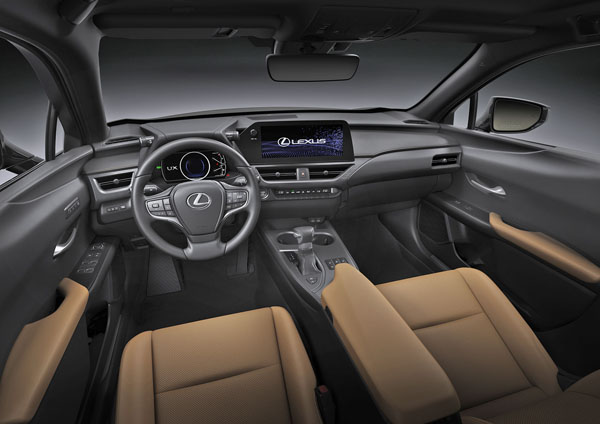 The standard Panoramic View Monitor – which combines images from the front, rear, left
and right-side cameras of the vehicle and projects them on the centre screen – now has a
new underbody transparent display function.

The updated UX 200 Luxury and UX 250h 2WD and AWD models are due to arrive here
during the second half of 2022, with pricing to be announced closer to the on-sale date.