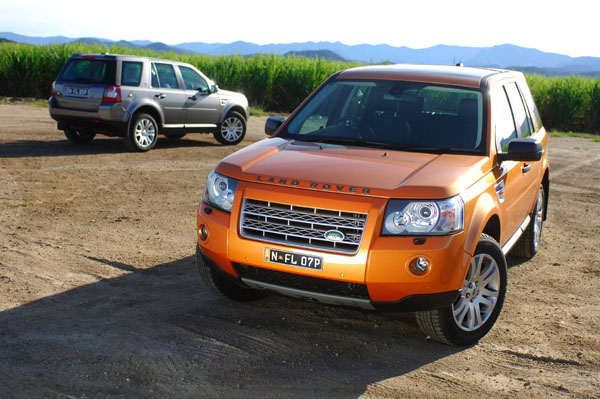 Though it’s generally used only as a suburban wagon, Land Rover’s Freelander is capable of tackling mild to moderate bush, beach and desert conditions that would strand just about everything else in its class. Which is hardly surprising as it comes from the company that gives us everything from the down-and-dirty Land Rover Defender to the highly competent (and very expensive) Range Rover.

These originals were imported in a fascinating number of body types: a five-door Hardback wagon, three-door wagon and three-door Softback, the latter being a Hardback with a rear end that opens.

Poor build quality in early models certainly didn’t do Freelanders any favours, nor did a relatively high price. These earliest models getting on in years so will skip them and move onto the all-new model, the Land Rover Freelander 2, which reached us Downunder in June 2007.

The range was trimmed to five-door wagons only and the body was larger and stiffer thanks to new design techniques. Handling and ride were slanted more towards the suburban drivers than to the full-on off-road enthusiasts.

A facelift of the ‘2 rebased in February 2011 was deliberately aimed at giving it the look of its big brothers brother in the Land Rover and Range Rover ranges.

The petrol engine is a big unit with 3.2 litres, with six cylinders in line. The turbo-diesel four-cylinder had a displacement of 2.0 litres. This was increased to 2.2 litres as part of the 2011 makeover, at the same time numerous improvements made it more powerful, smoother and cleaner. The 2011 diesel was offered in two stages of tune with the more upmarket models getting the added grunt. 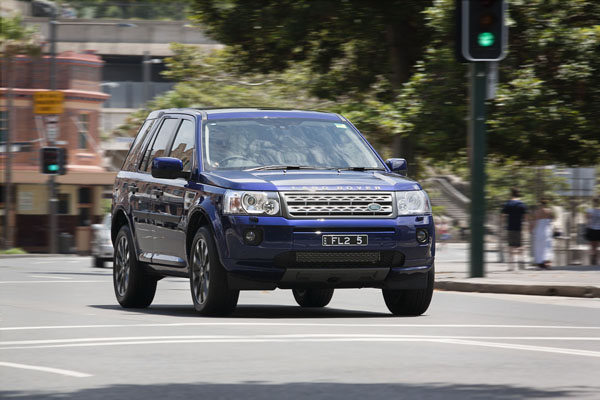 Initially, the only transmission imported to Australia with the Freelander 2 was a six-speed auto as manuals were pretty well out of favour for those looking for an urban SUVs. However a lower cost Freelander 2 was introduced in July 2009, and it was offered with a six-speed manual. Having said that, the manual is likely to be hard to resell or trade in down the track.

Land Rover is well established in Australia – the first vehicle arrived here way back in 1948 – and there are now many dealers in metro and country areas.

Freelander 2 isn’t as common in the bush areas as Land Rover Discoverys, or even big brother Range Rover, but mechanics trained in the marque can certainly handle them.

Spare parts and servicing charges are higher than average for the semi-affordable compact SUV class, but that’s understandable given the upmarket nature of the vehicle.

Insurance premiums are costlier than normal for vehicles of this size and type. We haven’t seen huge difference from company to company but it’s worth shopping around. As always, make sure you do accurate comparisons.

Freelander was quietly taken off the new car sales list during 2015 as it had never been a big seller and the ultra cool Rangie Evoque had stolen its thunder.

WHAT TO LOOK FOR

As with all genuine 4WDs it’s important to find one that has been serviced by the book – even more so if it’s been used in harsh conditions.

Look for damage caused by off-road use. Scratches or mild dents on bumper corners and/or door sills are easy to spot.

Check underneath for damage to the sumps, suspension and bodywork in general.

Look at the condition of the carpets and seats, sand and mud are other clues to off-road driving. The boot is another area that can get knocked around by adventures into the Australian outback.

Your test drive should include rough roads, corrugations are best, to really give the Freelander a proper shaking up because build quality should have been better and some bits may rattle and even fall off.

All electrical equipment should be checked for correct operation, however Freelander 2 was much better than the older models.

Engines should start easily, with the diesel being a little slower than the petrol. If you suspect it’s down on power have a mechanic check it out.

Automatic transmissions are generally fine, but make sure changes are fast and clean and that the auto doesn’t change when it really doesn’t need to do so.

CAR BUYING TIP
In their later years, cars with a reputation for being long lived and trouble free sometimes attract buyers who have no intention of ever servicing them. The next owner may suffer.