Two hot new models have been added to the Porsche range; 718 Spyder and 718 Cayman GT4 claim top spot in their model series.

Interestingly, for the first time they share a technical base. This includes the newly developed 4.0-litre six-cylinder naturally aspirated and a six-speed manual gearbox. The boxer engine generates up to 309kW (420hp). It is based on the same engine family as the turbo engines in the current 911 Carrera model series. 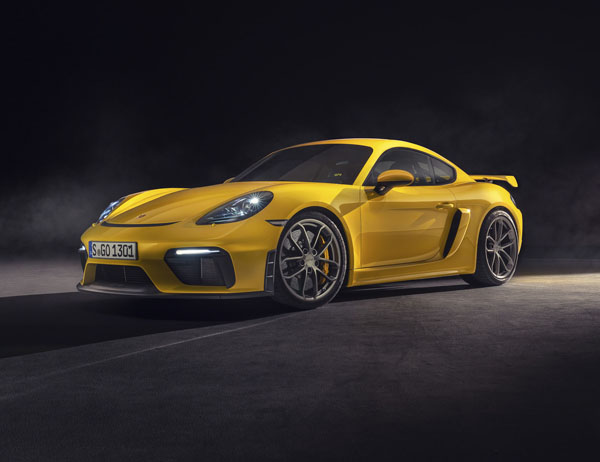 Piezo injectors are used for direct fuel injection for the first time in a high-revving engine. They split each injection process into up to five individual injections. A variable intake system with two resonance valves ensures optimum gas exchange in the cylinders.

Among the striking features of the Porsche 718 Cayman GT4 are aerodynamics that can produce up to 50 percent more downforce without adversely affecting drag. The fixed rear wing achieves about 20 percent extra downforce compared with its predecessor.

The front section maintains the aerodynamic balance with a large front spoiler lip and air curtains. The latter calm the airflow along the front wheels. 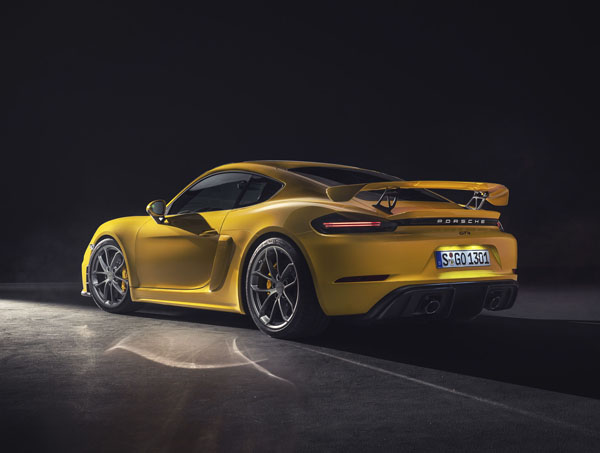 Unlike the GT4, Porsche 718 Spyder has a rear spoiler that comes up automatically at 120 km/h.

The Porsche Active Suspension Management (PASM) damping system with 30 mm lower suspension lowers the centre of gravity and improves lateral dynamics potential. It is specifically designed for use on the racetrack and makes the handling characteristics of the 718 Cayman GT4 sharper. The 718 Spyder also benefits from this design.

Porsche Torque Vectoring (PTV) with mechanical rear differential lock further enhances the longitudinal and lateral dynamics, cornering performance and driving pleasure. The GT4 also comes with the option of a Clubsport package. This includes a rear steel roll bar and a six-point seatbelt on the driver’s side. 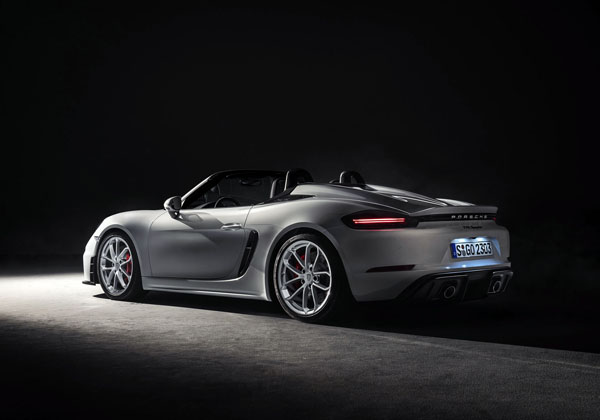 The high-performance brake system in the 718 Spyder and 718 Cayman GT4 provides consistent braking that is suitable for track driving thanks to large aluminium monobloc fixed-calliper brakes. The Porsche Ceramic Composite Brake (PCCB) is also available as an option. 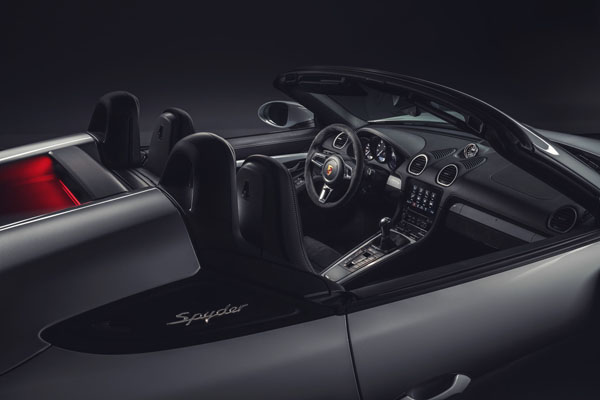 The new Porsche 718 Spyder and the 718 Cayman GT4 are available to order now, and will arrive in Australia from the first quarter of 2020.

Prices start from $209,000 for the Spyder and $218,800 for the Cayman GT4. These prices are manufacturer’s recommended retail prices before statutory on-road and dealer delivery charges, which vary from state to state.