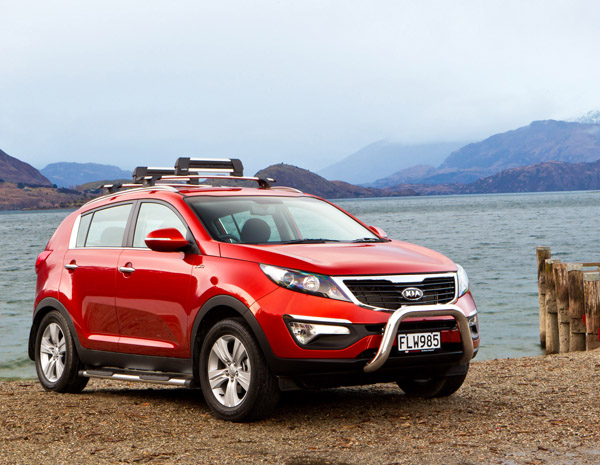 Kia Sportage has been an enormous sales success in Australia, topping the charts more
times than competing companies care to think about. As we went to press a virtually all-
new model had just been announced.

This is likely to many older models to be traded in, so there is likely to be a glut on the
market. So, Kia dealers probably need to sell the trade-ins to stop their yards being
cluttered – and sell them for lower than average prices. No promises, though…

The first Kia Sportage was what the purists call a ‘real’ 4WD when launched here in1996.
That’s because it had a ladder frame chassis and dual-range 4WD system making it
suitable for genuine off-road operations.

Many 4WDs became increasingly softer so were retagged as being SUVs, and later
crossovers. Kia was quick to follow the trend and from April 2005 the Sportage has a car-
type monocoque body. However, there’s a fair bit of strengthening under the floor so it can
handle hard dirt road running. Ground clearance is about midway between that of a ‘real’
4WD and a passenger station wagon.

Further realising that many buyers simply wanted an attractive wagon and weren’t into off
roading, in September 2007, a 2WD variant joined the Kia Sportage range. It had a four-
cylinder engine as it weighed less than the all-wheel-drive V6 model. 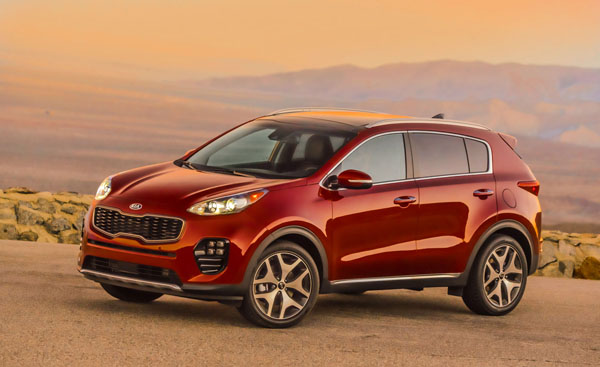 From the new-gen 2005 onwards Sportage is much better in the back seats and there’s
room for tall adults.

Until August 2010 Sportages had been on the conservative side in their looks, then a bold
European inspired body and interior were introduced. Power comes from a 2.0-litre four-
cylinder petrol in the lower cost variants and 2.4-litre four-cylinder petrol in the topline
models. A 2.0-litre turbo-diesel is offered in all. The smaller petrol engine is sold only in the
front-drive model, the others power all four wheels.

Australian suspension engineers worked alongside Kia’s folks to give the sort of feel our
drivers like. It may be a little on the firm side for some – but we like it.

A new Kia Sportage was introduced in January 2016, now in its fourth generation it has
styling that’s even more striking thanks to a bold front end and distinctive D-pillars. The
interiors had a more upmarket look and feel and Sportage really started to make waves in
the sales charts.

Passenger room was increased, with headroom and legroom both improved. In the rear,
the floor is 40 mm lower (without any loss of ground clearance). Combining that with a
higher rear seat hip-point mean there’s significantly better comfort. A tester wrote, “A six-
footer I can sit ‘behind’ myself with room to move. I also appreciated the good under-thigh
support back there.”

July 2018 saw the introduction of the MY19 Sportage. Again, there were further
improvements to the Aussie developed ride and handling packages. Ride comfort and
cabin sound levels were moved it further upmarket both on and off road.

Here’s an interesting tip: Kia has sponsored the Australian Open tennis for many years
and from time to time builds special editions to tie with the event. These may come with a
history saying that such and such a player has ridden in one. Worth hunting down if you’re
into tennis. 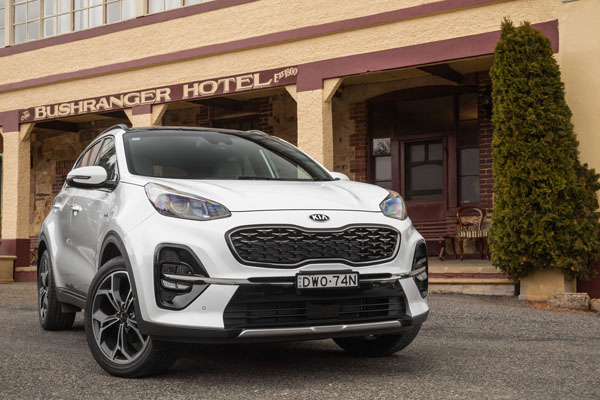 There are a reasonable number of Kia dealers in Australia, chiefly in metro areas, though
there’s some country coverage as well.

Prices for spare parts and servicing are about average for this class, sometimes a fair bit
cheaper than those for Japanese competitors.

You can do a fair bit of your own vehicle service and repair work as there is good
underbonnet space. Please leave any safety related items to the professionals.

There aren’t any big variations in insurance premiums between companies. It’s still worth
shopping around, just make sure you’re doing accurate comparisons.

WHAT TO LOOK FOR
Serious off-road use is unusual. If you find a Kia Sportage with damage to the door sills,
bumper corners and underbody protection plates, it might be best to keep clear.

Scratches in the paint on the side panels is a sign it may have scraped through scrub.

Off-roaders can really get knocked around inside when people clamber in and out with
dirty clothes, heavy-duty boots, fishing gear and the like.

Stereo systems gave problems at times in older models, try all the controls to make sure
you can hear clearly now.

We’ve heard of a few satellite navigation systems not working correctly. Put in a
destination before your pre purchase test drive and make sure it gets you there correctly.

Check the engine starts easily, idles smoothly and there is no hesitation when
accelerating.

The gearshift in manuals should be smooth and quiet and not crunch on fast
downchanges. The 3-2 change is usually the first to suffer.

Automatic transmissions should all be smooth in their changes. lf they are harsh get a
professional to check it out.

CAR BUYING TIP
Spend just as much time researching finance and insurance than you do the vehicle itself.